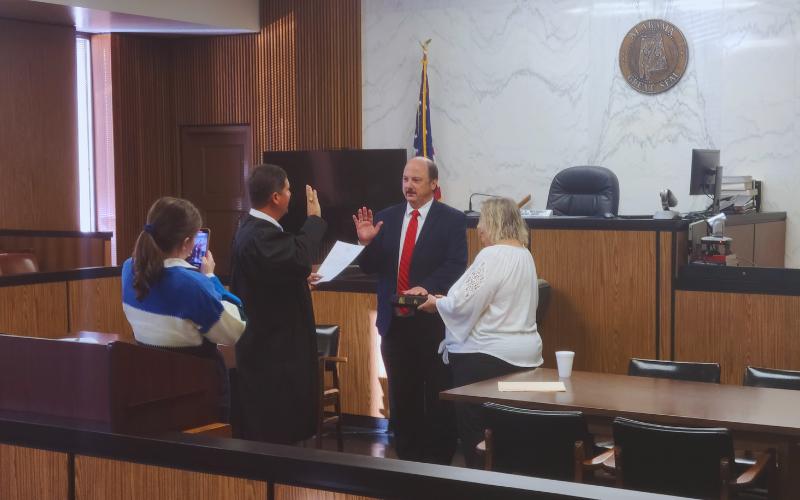 Kelley spoke after being sworn in and during his speech, he thanked those in attendance and talked about his commitment to God and his faith.

“I felt called by God to run for this office,” Senator Kelley expressed. “If you do what God wants you to do, God will bless that and people will see that. God does not compare you to everyone else. He compares you to what you are supposed to do.”

Kelley won a tight Republican primary race over Wendy Ghee Draper that included a runoff before running away in the general election over Democratic nominee Danny McCullars.

Self-considered as a political outsider, Kelley is the former President of Harris-McKay Realty. He held the position for over 26 years.

After the BP oil spill in 2010, Kelley volunteered a year’s worth of his time to helping the state recover from the disaster. Most notably, he was considered instrumental in gaining positive feedback and results in negotiations with representatives of former President Barack Obama’s administration.

Kelley mentioned his desire to continue improving mental health awareness and programs in his district. A long-time advocate for proper mental health care, Kelley has helped pass a host of bills into law dealing with both mental health and small business practice.