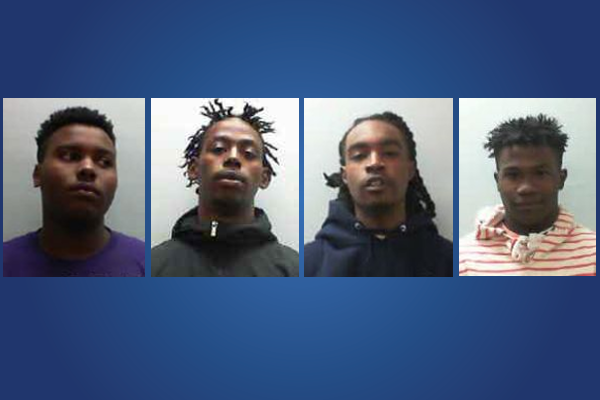 TALLADEGA, Ala. – A court session was held Tuesday in Talladega County to determine if three of the four suspects accused of beating Brian Ogle would be granted youthful offender status.

Youthful offenders in Alabama are no longer eligible to face more than three years in prison and waive their rights to appear in front of a jury. Additionally, their arrest and conviction records will be hidden from the public. If Brown and Ealy are convicted of the crimes for which they are charged, their records will indicate “youthful offender” as opposed to for what they were convicted.

Ogle’s mother, Brandi Allen, was emotional after the hearing and told SylacaugaNews.com she is looking into the process of getting the youthful offender rulings overturned with the Attorney General’s office. “I never thought we would get the verdict we received today,” she said. “I know it is their right to apply for youthful offender status, but I thought once the judge looked at the evidence it would be denied. I can’t wrap my head around this. What they did to my son was so bad that the doctor would not let me be in the room when he gave the injury report to police at UAB Hospital.”

Sylacauga Police Chief Kelley Johnson told SylacaugaNews.com Brown and Ealy were most likely granted youthful offender status because of their clean records before this incident. He did not have an opinion on whether or not the two defendants deserved to be granted the status. “I trust the judges to do what they see fit,” he said. “That’s what they are paid to do.”

Allen said she could understand if the individuals were young and simply made mistakes, but the pre-meditation of the crime, as she called it, means they knew why they were coming to Sylacauga. She claimed the accused individuals drove 2.5 hours to assault her son.

Allen said the effects of the assault surpass Ogle’s injuries. “Our life is a living hell on a daily basis because of these four men,” she said. “We had to put our house on the market because of the fear our family lives in on a daily basis, and I had to pull my youngest son out of Nichols-Lawson Middle School because of a similar situation.”

The fourth person accused of violently beating Ogle, Quartez Lamar Walker (20), will stand in court and await its decision on his application for youthful offender status on Thursday at 3:00 p.m. He is charged with first degree assault (Class B felony).

“God forbid Quartez Walker, the one who put a gun through my son’s face, be granted youthful offender,” Allen said as she cried. “My son will have to live with this physically, mentally, and emotionally for the rest of his life. They should have to as well. This was not a minor fight or mistake. They could’ve killed my son.”

Click here to read more on the Brian Ogle case.