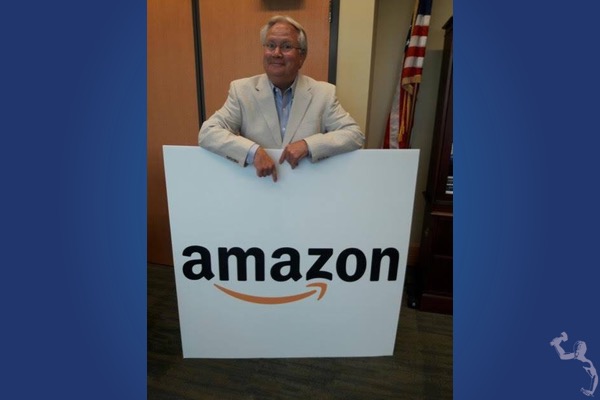 MOBILE, Ala. – One of world’s largest online shopping retailers, Amazon, is set to open a sorting center in Mobile.

According to Mobile County Commissioner Jerry Carl, who grew up in Sylacauga and graduated from Sylacauga High School, the online commerce giant is set to bring in at least 250 full-time jobs, and has the potential to bring up to 1,300 seasonal part-time jobs to the area when it opens its 362,000 sq. ft. facility at the end of the year.

“This will be the first foot-presence for Amazon in the state of Alabama,” said Carl. “This is very exciting for Mobile and Baldwin counties.”

The “fast response center,” as Carl named it, will initially serve Alabama, the Florida panhandle, Mississippi, and parts of Louisiana.

While the commissioner is excited about the 250 full time jobs, the 1,300 seasonal jobs catches the majority of his attention. Reason being, Mobile plays host to four colleges. He believes Amazon will give the Mobile college community a chance to work and earn extra money for occasions such as Christmas or for school tuition.

The deal with Amazon, which was in the works for over a year, legally closed nearly 40 days ago, but could not be announced by local officials until Sunday due to an agreement with Amazon.

Amazon will come to the area in a time where Mobile County seems to be growing faster than any other county in the state in terms of industrial development. The county is home to Airbus’s first north-American manufacturing facility, a brand-new Walmart distribution center, the Australian ship-building company, Austal, and now Amazon. Carl credited the hard work of local officials and natural logistics for landing many of these corporations.

The facility is tentatively set to open Dec. 2017, meaning many of the last second items ordered for Christmas have a great chance of being shipped from right here in the state of Alabama.

Carl, who moved to Mobile after graduating from SHS, still calls Sylacauga home and said he thinks about the city and its people often.

Has the state classified your business as ‘non-essential’? The Alabama Retail Association requests your input in a new survey

[POLL] Could Publix be coming to Sylacauga?