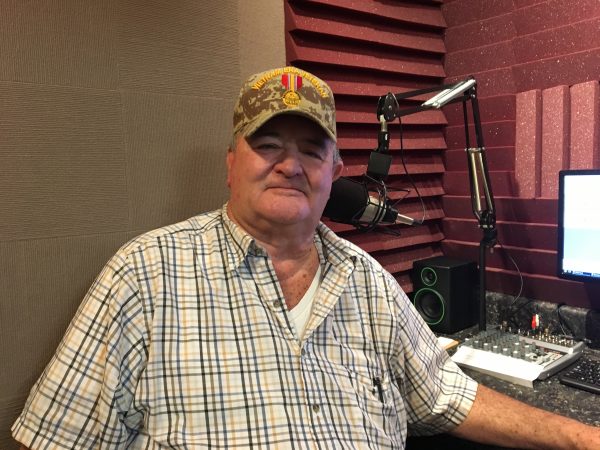 Posted on May 31, 2018 by SylacaugaNews.com Digital Team

SYLACAUGA, Ala. – Each month SylacaugaNews.com and Yea!106.5 feature a veteran online and on-air, honoring them for their service to our country. The SylacaugaNews.com Veteran of the Month for June is Tom Fancher.

SN: What is your full name?

SN: What is your date of birth?

SN: What was your rank?

SN: What was your branch of service?

SN: What was your job?

TF: My Army experience was kind of unique. I was a surveyor. They didn’t know what to do with a college graduate after basic training, so they sent me to south Alabama to survey engineers for nine months. I didn’t wear a uniform. Then I was sent to Korea. There was an American ship that was captured by the North Koreans called the Pueblo. I was on the ship that replaced the Pueblo; it was a spy ship.

SN: What were your years of service?

SN: Did you serve stateside or overseas?

TF: I served stateside and in Korea.

SN: What’s something you remember most about your time serving?

TF: Being in Korea in 1969 was different being a country boy.

SN: If you could say anything to those who want to serve, what would you tell them?

TF: Although I hated the Army, everybody should go to the Army. For a country boy to be able to see all the things in the Army, it taught me a lot about life and about getting along with people.

SN: Would you do it again if you could and why?

TF: If I was young, yeah. It’s an experience. You learn how to get along with people and interact with them. We were with some boys from Long Island, New York and Kansas City, Kansas. Those were different from us Southern boys. I graduated from Auburn with four other guys, and I wouldn’t become an officer, even though they wanted me to, but of the three who became officers, two were killed in Vietnam. It’s important for me to think about that.

Congratulations to Tom Fancher, our Veteran of the Month for June 2018.