Keep On Loving You
REO Speedwagon 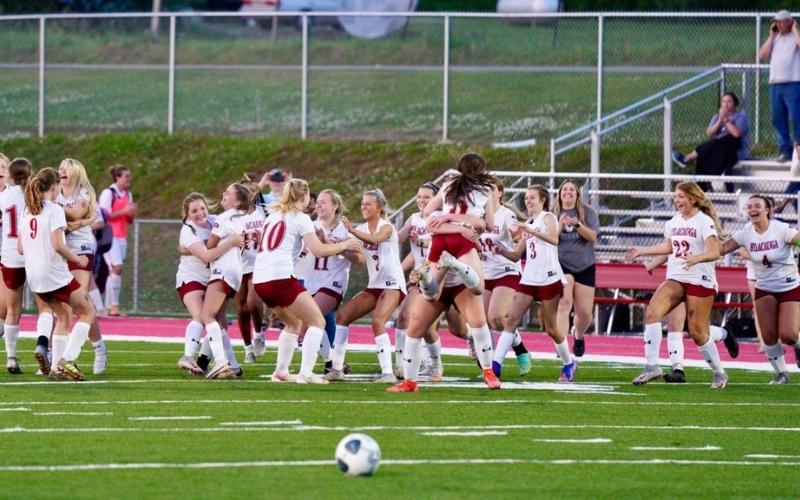 SYLACAUGA, Ala. – The Sylacauga girls soccer team has advanced to the second round of the playoffs after winning on the road in a penalty shootout over the Pike Road Patriots last Thursday, April 28.

After a full period of regulation could not determine a winner, the Aggies prevailed 3-2 on penalty kicks. The successful spot kicks were scored by Audrey Bell, Emma Grace Steers, and Maggie Reeves.

“I was so proud of the performance the ladies had Thursday night versus Pike Road,” said head coach Nick Grogan. “I can’t say enough about the play from the team. As a whole, they worked a communicated so well on the defensive end all night. Every player played with so much heart, effort, and toughness for 90 minutes. It was a big win for the soccer program.”

The contest was a pretty even affair throughout with Sylacauga enjoying the slightest bit more of the ball with 50.7 percent possession.

Aggie keeper Sydney Ezekiel was a stonewall in goal coming up with 16 saves as well as stopping Pike Road’s first attempt in the shootout.

“Sydney played one of the best games of her career,” Grogan remarked. “She is a senior and a team captain, and she had an excellent performance.”

The girls now set their focus on a powerhouse in Class 5A soccer, the John Carroll Catholic Cavaliers. John Carroll got past the first round after a dominant 10-0 victory over Demopolis.

“Round 2 will be a tough task,” noted Grogan. “[John Carroll] are always a top soccer program. They will be moving up to 6A next season. It’s definitely going to take our best game to advance to the third round, but I believe in this team and I know we will be ready for them.

The boys team also traveled to Pike Road where they fell to the Patriots 3-1.

Kickoff for the second round showdown between Sylacauga and John Carroll is set for 6:00 p.m. on Tuesday night, May 3, at Legion Stadium.