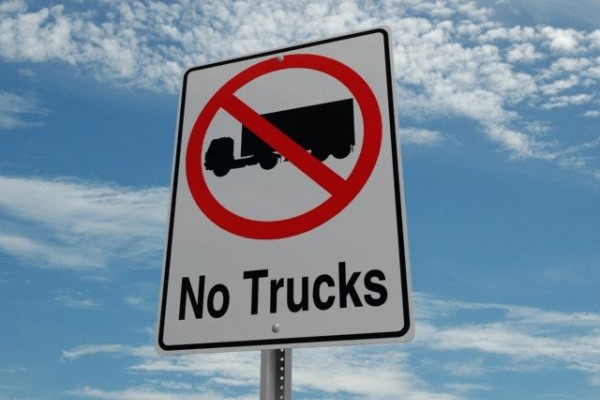 SYLACAUGA, Ala. – The City of Sylacauga is in the final stages of a $4 million paving project across the city.

Many years have passed since the city last embarked in a paving project of this magnitude. Because of the amount of tax dollars spent and the length of time between projects of this nature, the citizens have to try to protect and maintain the structural integrity of the streets in the best ways possible. The Sylacauga Police Department will attempt to do so in a two phase initiative.

The first phase will involve educating commercial drivers about the available “truck routes” within the City of Sylacauga. The Sylacauga Police Department and the City of Sylacauga Street Department purchased a large number of “No Truck” and “Local Deliveries Only” signage. SPD is in the process of placing these signs throughout the city for easier identification of travel routes.

These signs are meant to alert “truck” traffic that the city streets are off limits unless that vehicle is making a delivery to a local business within our city. All other commercial traffic is mandated to stay on the state recognized truck routes. The approved truck routes within Sylacauga are Hwy. 280, Hwy. 21 (Broadway Ave.), Hwy. 148 (E. 3rd St.), and any county roads such as County Rd. 511 (Goodwater Hwy.). While Alabama Ave. traveling to W. 10th St. is also an approved truck route, Old Birmingham Hwy. within the city limits is not considered an approved truck route.

SPD openly welcomes and encourages commercial vehicle traffic and do not intend to impede use of approved travel routes. However, it will enforce restrictions of travel outside of the local truck routes. Local deliveries will not be impeded either, but drivers are expected to maintain truck routes until the closest opportunity to reach the delivery destination. For example, Blue Bell Creamery deliveries would likely travel Hwy. 21 until the 4th St. intersection and cross Norton Ave. to the plant’s typical delivery entrance. There should not be travel on Norton Ave. unless needed for delivery at a different area of that plant.

The second phase is another integral part in maintaining and protecting the roadway structure in Sylacauga. After the implementation of the signs, the SPD plans to initiate a traffic campaign specific to travel within the city streets. This campaign will consist of traffic stops resulting in either warnings or citations issued for the violations.

SPD wants the public to keep in mind the local streets are not designed for heavy loads or the necessary road space needed by oversized and commercial trucks. Therefore, continual use creates rapid deterioration of road conditions and potential safety risks to divers when these vehicles go outside of their designations.