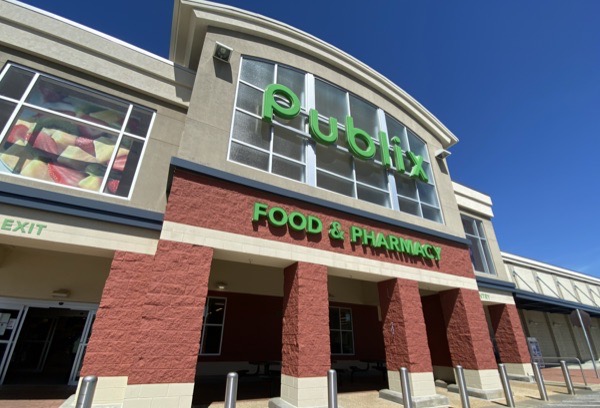 SYLACAUGA, Ala. – In the midst of the coronavirus pandemic, the Sylacauga City Council last week approved a memorandum of understanding relating to financial incentives for acquisition and development of a major new commercial/retail project. Today, we are learning more about what its approval could ultimately bring to the area.

In January, SylacaugaNews.com reported that a new retail and residential development was being planned on Hwy. 280 in Sylacauga. The site, which is being developed by 1768 Development, a subsidiary of New Horizon Retail Development, must fulfill several requirements — including securing a commitment from a major, large-footprint grocer and sufficient commitments on outparcels — before construction begins and the multi-million dollar incentive is funded.

“We’re very excited about this, particularly in these trying times,” said Thom Hickman, President of New Horizon Retail Development. “There are a number of things that we must accomplish prior to city funding.”

Hickman told SylacaugaNews.com the private project would cost $35-$45 million with a $6.9 million incentive from the City and that the 51-acre site would be anchored by a major grocer “other than Walmart.”

According to Hickman, projections on sales tax revenue from the anchor store alone would “far exceed the debt service from the city.”

Florida-based Publix, one of the most active grocers in the state according to retail developers, has been rumored to be in the running as the major tenant, with its closest location in Chelsea. For nearly two years, the possibility of Publix coming to the Marble City has been a subject of frequent discussion on social media with heavy support.

Publix has been eyeing the region is nothing new. Last year, Publix decided against building an Alexander City location.

Sylacauga’s business boom in the last two years has added a new look to the Hwy. 280 corridor, with major retail development including Chick-fil-A, Hobby Lobby, PetSense, Starbucks, and TJ Maxx. The proposed new development would be built directly across the highway and encompass more than just retail stores, with Hickman adding that a residential development was planned along with nine other outparcels.

According to Hickman, the development team is determining the best product to bring to the market for the “comprehensive” residential phase such as single-family, multi-family, garden homes, and townhomes. He said that “north of 150 full-time employment opportunities” would initially be created along with approximately 300 part-time and temporary jobs through construction and other stages.

Hickman told SylacauaNews.com that all major retailers have a real estate committee approval process and that everything must be vetted before approval. “From start to finish, it brings economic energy to for the communities … crews coming in, eating at [local restaurants], staying at [local hotels], and spending money in the communities. It trickles down all the way to the downtown business district and beyond. It’s increased economic activity.”

1768 Development is expected to receive commitments from clients and tenants within the next 60-90 days. If everything goes as-planned, construction on the site would start at the end of 2020 with expected opening by the first quarter of 2022.