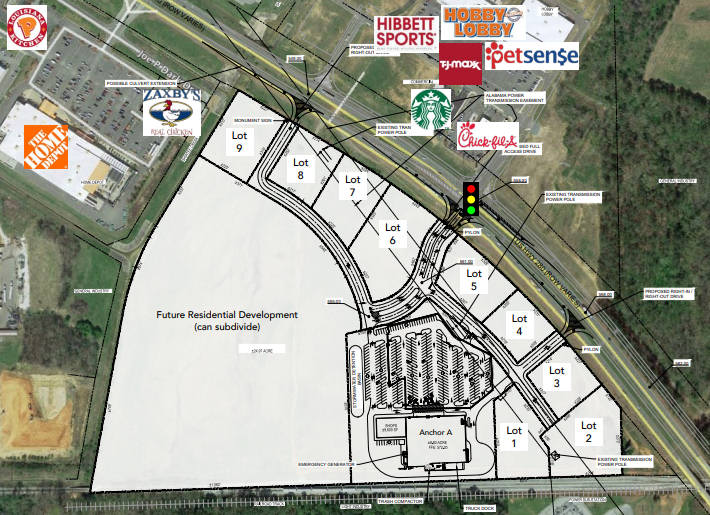 SYLACAUGA, Ala. – Introducing the Shoppes of Sylacauga, an approximately 50 acre retail and residential development coming to Sylacauga.

Harbert Retail represents the future developer of the site, 1768 Development – a development firm also out of Birmingham. 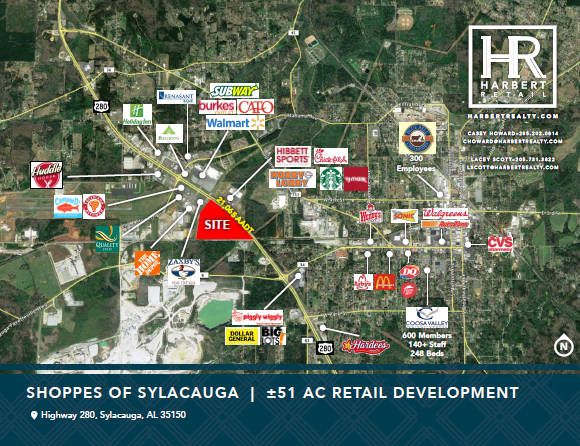 1768 development said it chose to develop this shopping center because it is an underserved trade area.

1768 told SylacaugaNews.com it normally works with grocery stores, soft goods and all aspects of retail. The developer listed the Shoppes of Albertville and Crossings of Hoover as examples of previous works.

“We have had incredible reception of the project in short period of time.” the developer said. “Seeing interest from retailers, restaurants, hospitality and financial.”

The new Coosa River Express connecting Hwy. 280 to I-65 was also mentioned by the developer as reason to come to the Marble City.

1768 Development said it has gained conceptual approval utilizing existing infrastructure with additional access points to be finalized with ALDOT.

Mayor Jim Heigl said nothing is official with the development, as all plans still must go through the planning commission. However, he did say if that development moves forward it will be great for Sylacauga. Heigl is also anxious to find out what anchor stores the developer has in mind. It is important to note that the city does not determine which stores come with the potential retail center.