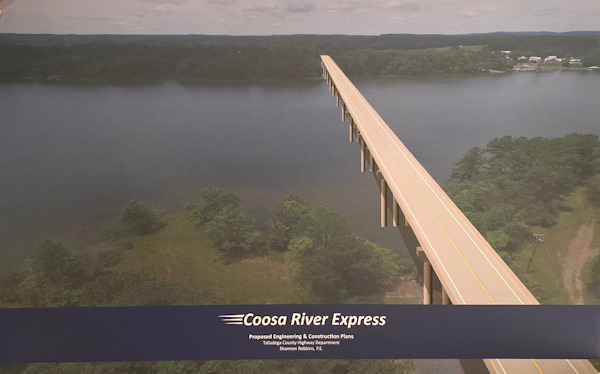 By the spring of 2021, some 44 years after the last ferry boat transported automobiles across the Coosa River between Talladega and Shelby counties, a Greenville-based company led by businessman Tim James expects to complete a new toll bridge – the Coosa River Express.

To be built entirely with private funding near the site of the old Perkins Ferry, the project includes constructing several miles of new roads and significant improvements to existing local roads, all of which will be toll-free. As planned, the route will connect U.S. Highway 280 at Gene E. Stewart Blvd. in Sylacauga, around the municipal airport to the Old Fayetteville Rd. and Russell Chapel Road to just south of Columbiana.

James has done this before. In 2000, he built the Foley Beach Express, a toll bridge in Baldwin Co. expediting travel across the Gulf Intracoastal Waterway to Orange Beach.

Ferry routes across the Coosa River between Talladega and Shelby counties predated the Civil War. A 1919 edition of the Automobile Blue Book outlined a Montgomery-to-Anniston route stretching 156.9 miles through Fayetteville — “much shorter than via Birmingham” — directing drivers to take “the Martis Ferry across the Coosa River – ferry runs on signal – charges 25c-50c”. With inflation over the last 100 years, that equates to $3.72-$7.44.

Between Nov. 1965 and Nov. 1977, Talladega and Shelby counties jointly owned and operated a ferry across the river from near Fayetteville to just east of Columbiana. It was made a bit more famous with a quick reference in a song sung by Carol Burnett and Jim Nabors on The Carol Burnett Show on CBS in 1971.

For decades, leaders have agreed that raising a bridge at the former ferry location and the more direct southern access to Interstate 65 would significantly improve regional traffic flow, help recreational and commercial drivers avoid Birmingham area bottlenecks, and stimulate economic development in the two counties. A tax for a public bridge, established in 2000, hasn’t generated enough to spur further discussion and progress, and none of that money will be used. 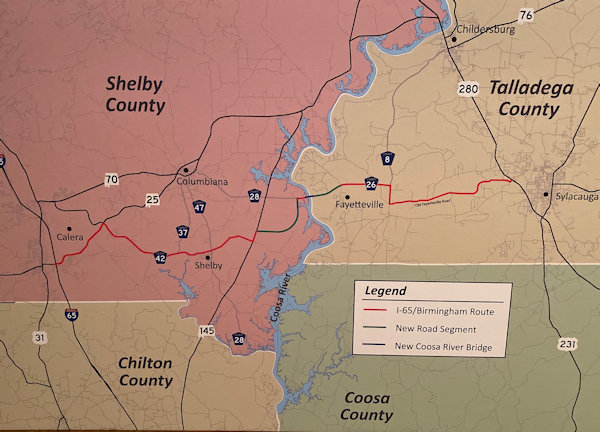 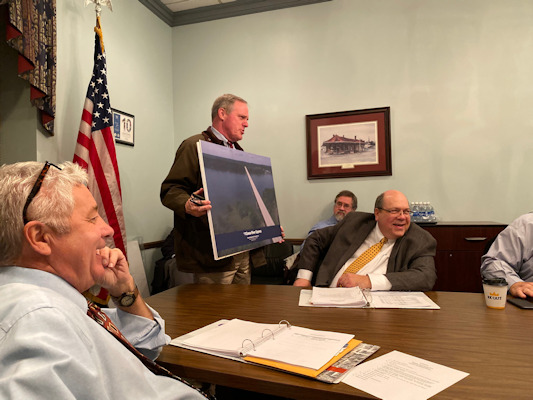 James’ company will require licenses from the Talladega and Shelby county commissions, then a permit from the U.S. Corps of Engineers.

“Just the idea of connecting 280 to I-65 is cool,” James told Talladega County’s commissioners on Thursday night, noting that he expects the bridge toll to be around $2.00. The project is expected to cost him and his partners up to $40 million.

“Time savings are important,” James told SylacaugaNews.com. “But, this corridor, if built, will be the single most important economic ‘event’ in Shelby and Talladega County in my lifetime; it will open up south Shelby and west Talladega County for business like a ripe melon.”

The bridge is being designed by Mobile-based engineering firm Volkert Inc.