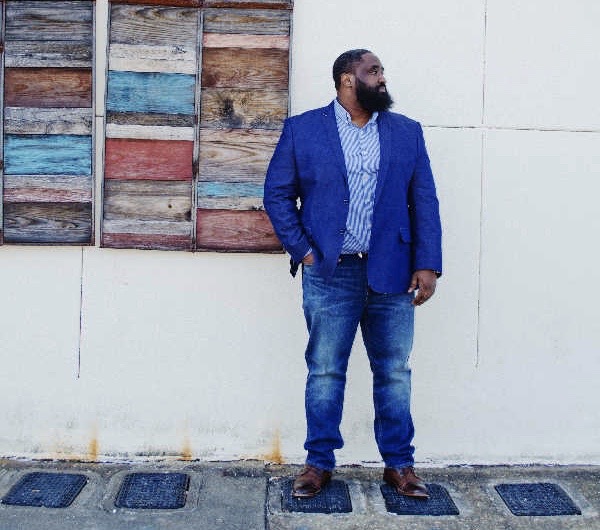 Hale will be a candidate in the city’s District 3 race with its seat current held by Donnie Blackmon. He graduated from Sylacauga in 2000 and majored in marketing at Alabama State University. Hale is a father of two daughters, Nylah, 14, and 1-year-old Emersyn.

Hale is also a children’s book author. He published his first book titled “Ebenezer the Sneezer” three years ago. Since publication, Hale said he has visited every school in Talladega County multiple times, as well as most of Central Alabama and surrounding states. He also freelance writes for several magazines and online publications. He is a member of the Sylacauga Tree Commission, Central Alabama Writer’s Guild Association, NLMS Community Mentor Program, SAFE, Isabel Comer Museum and Sylacauga Young Professionals.

“I am running because I see our city on the cusp of greatness and innovation,” said Hale. “I would love nothing more than the opportunity to help usher this new and exciting time in.”

Hale, 37, has many concerns for his district and for the city overall. Infrastructure in his district is one key running point for Hale, but also making sure his district has its representation inside of City Hall.

“As a citizen of District 3, the obvious answer would be infrastructure, as I’m sure it would be in other districts, but I want to look deeper than that. Are my constituents happy? What can I do to make them proud to live here? Whether that means cleaning vacant lots, trying to get vacant building demolished, setting up quarterly district meetings to air grievances, or even a ‘District Appreciation Day‘ where we can meet one another, and I can show my appreciation. I’m all for introducing fresh ideas,” Hale explained.

“The platform I’m running on is growth and momentum. I think this encompasses everything we have built so far; the growth of downtown and 280 areas, and the proposed 280/I-65 shortcut,” Hale said. “These things alone have generated not only business, but a sense of pride in the future of our city. We simply cannot allow these things to go stagnant, but instead continue to ride the wave of growth. That includes industry and local businesses as well as entertainment. ”