I Just Called To Say I Love You
Stevie Wonder 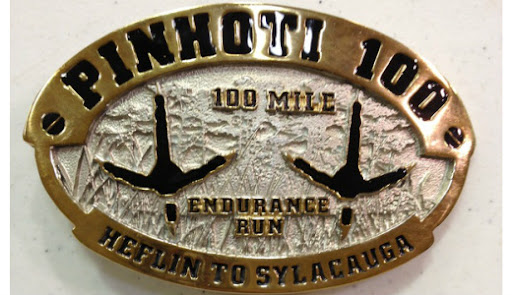 SYLACAUGA, Ala. – More than 200 trail runners are registered to navigate their way through Alabama as they seek to complete the 13th Annual Pinhoti 100.

Founded in 2006, the Pinhoti Trail Series is a mix of races that take place in different parts of the state. The longest, and most grueling, of these is the Pinhoti 100 which starts in Heflin and takes participants 100 miles throughout the beautiful landscape of Alabama before ending in Sylacauga at Lake Howard.

Including a path through the Talladega National Forest, the track has 18 aid stations spread out between six to eight miles on average. These stations help runners fuel-up and hydrate with water and high-carb food selections as well as affording a chance to rest for those that need it. Nathan and Kimm Wright, two longtime advocates of outdoor activities such as trail running the Pinhoti 100, have helped at manned aid stations the past four years.

“When a runner comes in,” Nathan Wright said, “sometimes they’re not in the right [mindset] at mile 68. They don’t really know if you ask them, ‘What do you want? What do you need?’ They don’t really know what to say and they’re in a tough spot, but we’re there for them. They’ll keep going and they’ll finish. That’s always cool to see. It’s easy to say, ‘I don’t want to do this anymore,’ but don’t stop now.”

The quickest completion time on record for the Pinhoti 100 is 16 hours and 24 minutes, accomplished by David Riddle in 2016, while the average time is around 26 hours.

If a participant is able to complete the Pinhoti 100, they qualify for the Western States 100-Mile Endurance Run. This race is considered the premier 100-mile race in the world and one of the ultimate endurance tests in which one can compete.

Other races included in the Pinhoti Trail Series are the Mount Cheaha 50K, the Oak Mountain 50K/25K, the Rockin Choccolocco 50K and Half Marathon, and the Rebecca Mountain 50 Mile/50K.

“It’s a great atmosphere,” said Kimm Wright when asked what her favorite part is of the Pinhoti 100. “Trail running is different than any other type of running. The joy of it is that everybody is supporting everybody. For me, it’s the community.”