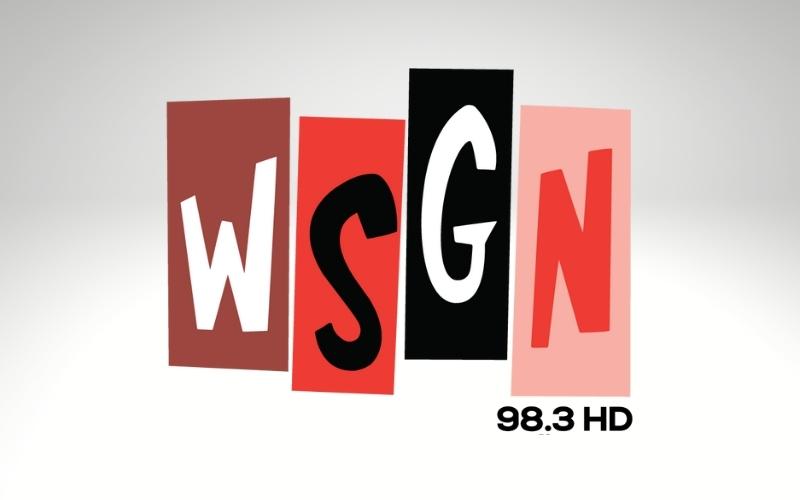 SYLACAUGA, Ala. – Some 37 years after WSGN-AM left Birmingham, the WSGN radio brand returned on 98.3 FM in the city’s southeastern suburbs on Sunday morning, July 31.

As Birmingham’s second radio station in 1926 and the magic city’s first Top 40 station beginning in 1955, what became WSGN-AM was a market leader for decades and one of the top rock and roll stations in the country. Sold to the Birmingham News in 1934, its later call letters stood for “South’s Greatest Newspaper”.

The regional 98.3 FM signal blankets much of east central Alabama including Chelsea, Sylacauga-Childersburg-Talladega, Alexander City-Dadeville-Lake Martin, Pell City, and Clanton. A rich, fast-paced music mix true to the original WSGN’s legacy will celebrate the best music of the mid-1960s through the 1970s and also stream through new WSGN smartphone apps, an Amazon Alexa smartspeaker skill, and WSGNradio.com.

“When the WSGN call letters became available again, we jumped at the opportunity to preserve them for future use closer to their first home,” said Lee Perryman, President & CEO of RadioAlabama. “We are also targeting an older, affluent, and influential demographic group that is otherwise underserved and underappreciated, while also building on multigenerational popularity from the station’s most impactful period. Almost 62% of adults in the vast coverage area are ages 45+.”

Lending help to the relaunch is award-winning programmer Michael St. John, music director and afternoon personality from 1973- 1976 at competitor WERC AM/FM, the first station in America under the legendary Scott Shannon to go “from worst to first”. “We found and carefully reviewed 254 of the weekly top 40, top 30, and top 20 WSGN music surveys and playlists from over a 16-year period,” Perryman added, “making sure we were recreating something instantly familiar with frequent opportunities for listeners to say ‘wow’.”

Many of the station’s most memorable and powerful jingles were recreated by SonoJingles in the United Kingdom and singers in Dallas. The new WSGN logo is based on a xylophone key version from the 1960s.

Key to WSGN-AM’s signature sound was a subtle concert-like reverb effect introduced in 1963. That distinction will also be part of WSGN-FM’s on-air signal thanks to custom stereo reverb processing equipment designed and built by local radio engineer Frank Giardina, who was WERC’s program director in the 1970s.

“It’s interesting that the old WSGN-AM and new WSGN-FM have three Sylacauga connections in common,” said Perryman. “WSGN ‘Good Guys’ Barry McAnally (Joey Roberts), Walt Williams, and the late Doug Layton were from Sylacauga and got their starts in radio on the original 98.3 FM. Layton was at WSGN-AM from 1960-1964, Williams from 1967-1971, and McAnally from 1968-1971.”

McAnally, back in a RadioAlabama studio last week, is one of the core imaging and promo voices for the new WSGN-FM.

Stations owned by Marble City Media LLC have won 21 coveted ABBY honors from the Alabama Broadcasters Association since 2013 for news, sports, production, programming, and client promotion, including 2022 awards for Best Sportscaster, Best Reporter, and Best Public Affairs. The group was home to Alabama’s Radio Station of the Year in 2017 and the state’s Broadcaster of the Year in 2014.

Stations operated by commonly-owned Auburn Networks LLC have won 34 ABBYs and were home to Alabama’s Radio Station of the Year in 2009 and 2016. For 2022, they were recognized with ABBYs for the state’s Best Personality or Team and Best Talk Show.

More information will be available at RadioAlabama.net.