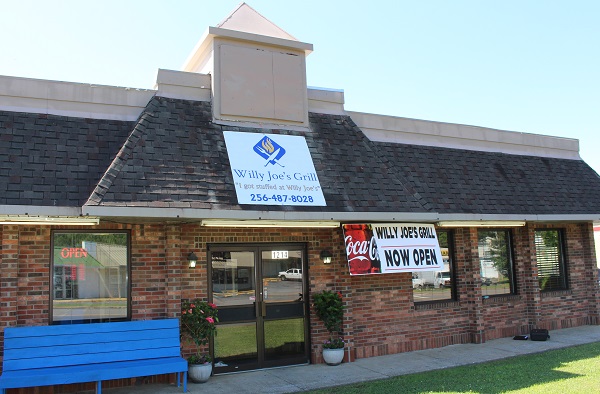 SYLACAUGA, Ala. – Quietly on Highway 21, the former Tierra Caliente and Finchers building has been remodeled and re-opened, bringing Sylacauga its latest eatery.

The restaurant, Willy Joe’s Grill, opened Wednesday morning and is owned and operated by Joseph Stewart and Willy Quijano.

Stewart hails from Childersburg and graduated from Childersburg High School in 1994, but has made his way around the United States throughout his adult-working life. After graduating from Jacksonville State University, Stewart pursued careers in insurance risk management and hospital software, leading him to Birmingham, Mobile, West Virginia, Nevada, California, and Atlanta.

After his stint in Atlanta, Stewart explained he had an itch to get back to the area he was born and raised in. “I was too close to home in Atlanta and I decided to come back home where I knew everybody. Being back closer to family has been good.”

Looking at his professional work history, you might not guess Stewart would be one to launch his own restaurant, but the food industry has been a passion for him since high school.

Stewart worked at Bar-B-Que by Leroy, a restaurant in Childersburg, now Los Pablanos, where he fell in love with the business. “I’ve always wanted to be in the restaurant business and own a restaurant,” he said. “It is a passion I’ve had since high school, but I was always scared to take the leap to do it.” 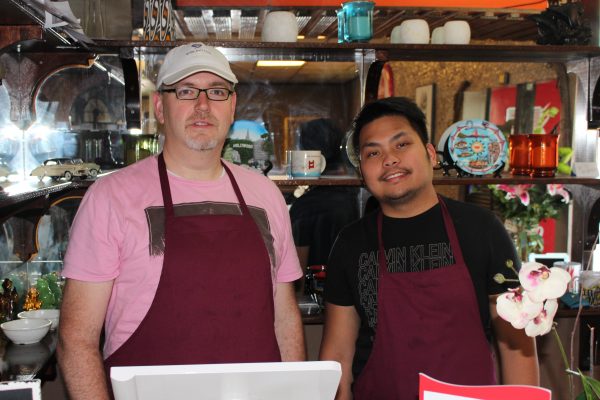 Stewart, while owning the restaurant, is also the chef. He has loved to be in the kitchen, cooking up delicious meals, since his youth. “I really enjoy cooking. It’s something I’ve been doing since I was a kid, just being in the kitchen with my mom and grandmother and learning recipes,” Stewart elaborated. “When I worked at Bar-B-Que by Leroy I was in the kitchen all the time. I’ve always said that is the best job I’ve ever had.”

So what type of food is on the chef’s menu?

Among many items he can cook with excellence, Stewart described fried chicken and corn bread as his specialties, noting he is proud of his personal cornbread recipe.

The menu features, as promised, your classic vegetables, burgers, chopped steak, grilled and fried chicken, ribs, steaks, and beyond.

His partner, Willy Quijano, is from the Philippines. Willy Joe’s will offer a few Filipino dishes on the menu.

Stewart hopes to ride the wave of momentum the city is currently experiencing. He noted businesses in the new Marble City Square as encouraging to his future success, but also hopes to provide convenience to people on his side of town.