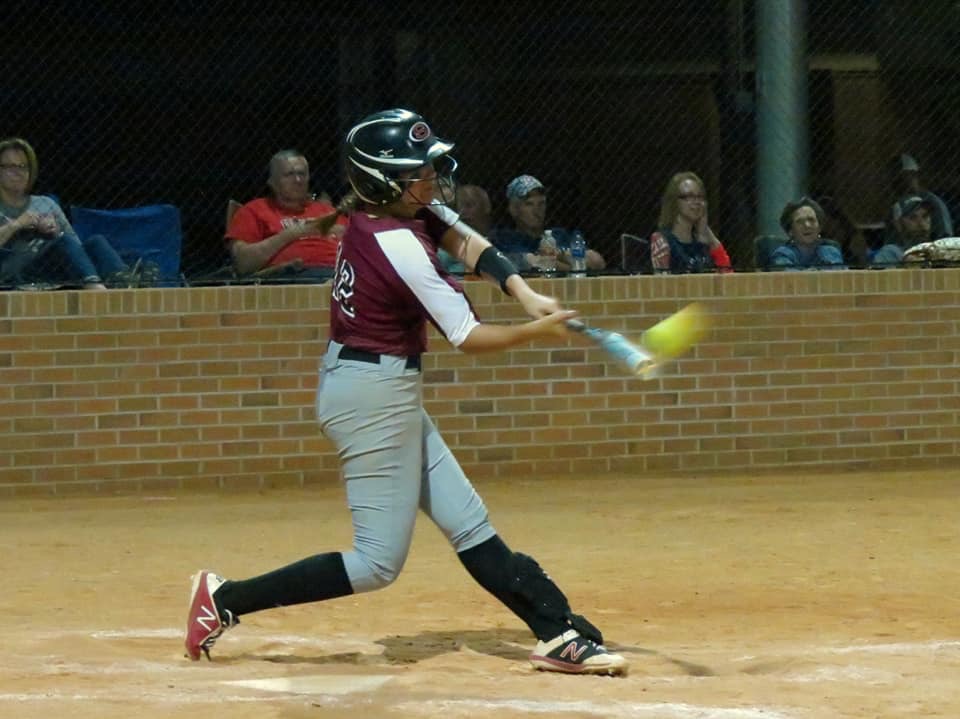 SYLACAUGA, Ala. – Just a night after losing an eight-inning heart-breaker to Clay-Central, the Lady Aggies found themselves in two must-win situations.  Having defeated Munford three times previously this season, Sylacauga was not taking its first Wednesday night opponent lightly.

The Aggie scored two runs quickly in the first inning and added another in a second when Aurielle Turner blasted a solo shot over the fence in right-center.

Munford scored one run in the third but Sylacauga answered back with one of their own in the innings bottom half and added another in the fifth to increase their lead to 5-1.

The Lady Aggies tacked on three more runs in the bottom of the sixth when senior Maddie Ingram pushed two runs across the plate with a single and scores herself on a base hit from Neeley-Scott Wilkinson.

Munford attempted to mount a comeback in the top of the seventh when the Lion’s Hayes hits a three-run homer over the left-center fence.  Relief pitcher Lorel Bryant ended the threat with two consecutive strikeouts preserving and 8-4 win for Sylacauga.  The win secured a spot in the 5A East regional tournament next week.

The night cap featured a rematch between Clay-Central and Sylacauga.

The Vols took an early one run lead in the top of the first when they scored on an Aggie error,and added two more runs to their total in the third inning’s top half.

Sylacauga’s Lani Varner singled in the bottom of the third inning and scored when Madison Martin put the ball in play, reaching first safely on an error. A Kaylei Horn RBI base hit scored Varner and Martin.  The Aggies trailed 3-2 after three innings of play.

Clay-Central stretched its lead in the top of the fourth with two more runs scored.

Trailing 5-2, the Aggies narrowed the lead in the bottom of the fifth. Martin once again reached base on an error and was followed by a Turner base hit.  Kaylei Horn scored Martin and Turner with a two RBI sacrifice hit.

Down 5-4, the Aggies knew it was time to go big or go home. With two outs, the Aggies chose to go big.  Maddi Ingram represented the tying run after reaching first on a base hit.  McKenzie Merkel was then walked and Reagan Wills loaded the bases when Clay-Central committed a huge error, dropping an infield pop fly.

Neeley-Scott Wilkinson steped to the plate with the game in her hands –  and she delivered. In thrilling fashion, she drove the the ball deep into right-center field for a walk-off RBI double that scores Ingram and pinch runner Mason Porch.

With the win Sylacauga forced a final championship game against the Volunteers.

The Aggies and Volunteers square-off in Pinecrest Park today at5:00 pm to decide who will be the Class 5A Area 7 tournament champion.