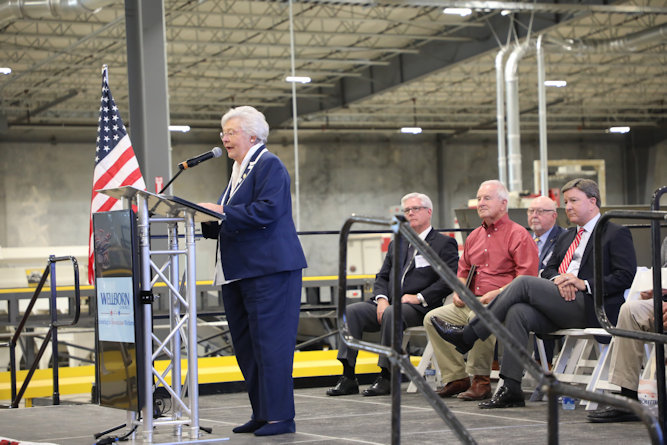 ASHLAND, Ala. – Federal, state, and local representatives and officials joined Ala. Gov. Kay Ivey today in Ashland in celebrating a groundbreaking ceremony for a newly-announced $15 million Wellborn Cabinet expansion.

“It is a pleasure to be with all of you today as we celebrate a great American company that’s chosen to call Alabama home,” said Gov. Ivey following a standing ovation, thanking Paul Wellborn “for your dedication to creating equality in the workforce and being a strong economic driver in our state.” The Governor noted in also celebrating Women’s Equality Day that women make up the majority of Wellborn Cabinet’s employees.

“I believe in the American worker,” said Wellborn. A patriotic “American-made” theme was pervasive, with a large American flag behind the podium and patriotic music including “Taking Care of Business” and “God Bless the U.S.A.” 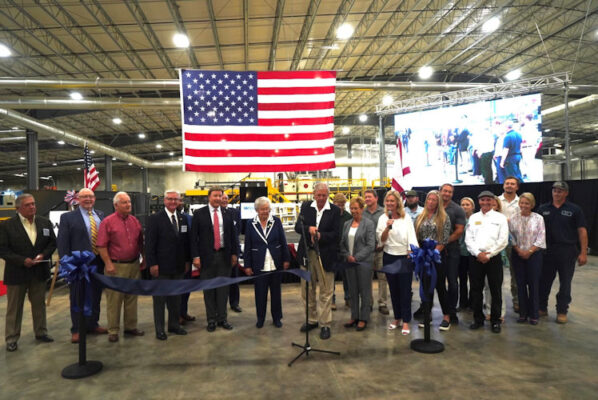 “Since its founding in Ashland 60 years ago, Wellborn Cabinet has grown to become a central pillar in Clay County’s economy,” said Greg Canfield, Secretary of the Alabama Department of Commerce in a press release. “The company’s expansion project will serve to boost its footprint in its hometown while delivering a significant economic impact for the entire region.”

Fayetteville at Randolph County to air on KiX 100.3 tonight