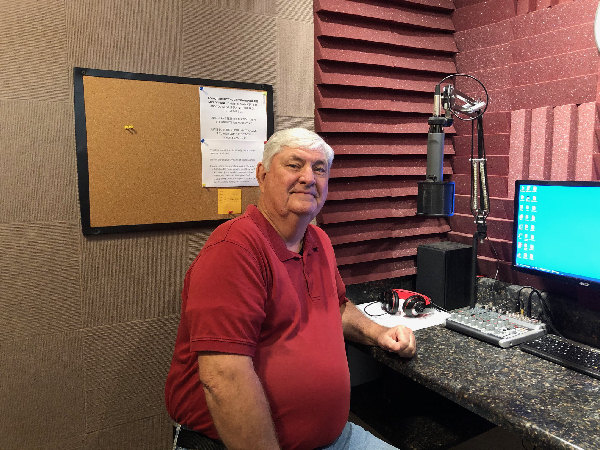 SN: What is your full name:

SN: Rank and branch of service?

HT: I retired as a Lt. Colonel  from the Air Force Reserve.

SN: What was your job?

HT: My job was Master Navigator for the 908th Air Wing in Montgomery, AL.  As an aviator I flew in the National Guard. That’s where I started training. I was in the Reserve, transferred to Guard and then I got into flying. I started flying in RF4s, and flew in those for about 8 years. And then I transferred over into the Reserve into the C130, which is a transport cargo airplane. As a cargo airplane, you just carry a lot of cargo and people.

SN: When did you serve?

SN: Did you serve stateside or overseas?

HT: I have been all over the world. I’ve been to Australia, Thailand, Korea, South Pacific islands, Europe, and Sarajevo. I did a lot of air lifts into Sarajevo  during that time. Did a lot of humanity stuff down in South America and Argentina. We did a lot of hurricane relief. With Andrew, we flew into Miami when the power was out down there, carrying cargo in. I’ve carried cargo into Guatamala when they had bad weather and floods.  And then in 2003, they sent us to Kurdistan and we flew airlift missions into Kurdistan, Afghanistan, and I actually spent about 18 months there. And then we went to Kuwait and we flew out of Kuwait into Iraq—numerous missions into Iraq, all over Iraq. And then I came home in 2005. I had to retire before our unit’s 2-year commitment was up.

SN: What do you remember most about serving?

HT: It was just a lot of fun. You felt important.  To meet all the people that you flew with. You depended on them. They depended on you.  It was a just a great fraternity.  And that’s what I miss the most, the comradery of just being with people.

SN: If you could say anything to those who want to serve, what would you tell them?

HT: I would recommend serving. I think it’s a great thing to do.   It’s important to me, especially this time, some of the crises our country is in. I think it’s very important for people to step up and do that.

SN: If you could, would you do it again and why?

HT: To say anything about would I do it again, I would start again tomorrow if I could do it all over again. It was important to me to serve your country, to be a part of that