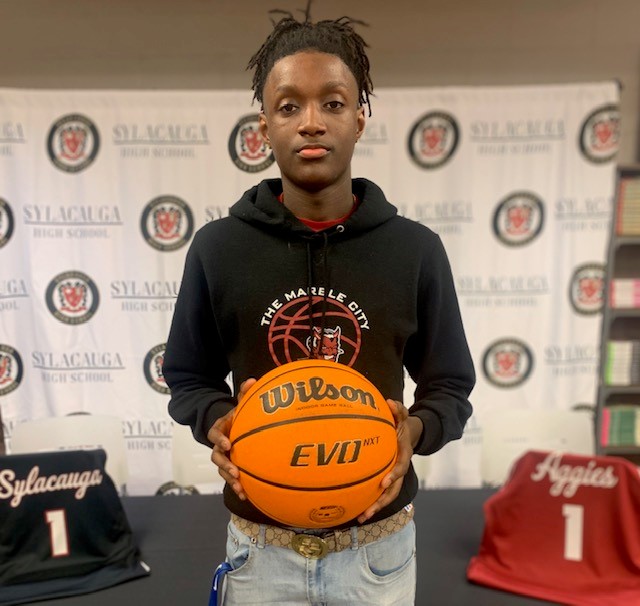 Taylor is a jack of all trades on the basketball floor, playing any position he was asked at the varsity level the last two seasons. This year, Taylor nearly averaged a double-double this year with 15 points per-game and 9.5 rebounds per-game. He also averaged nearly five assists per-game.  He is a two-time all-county player and all-state honorable mention for 2022.

“Michri was a great player, and a great leader for our program for the last two years on varsity,” said Sylacauga basketball coach Kent Fullington. “We appreciate Michri, and everyone here knows he is going to succeed no matter where he goes.”

“He was a big time part of our success this year, and as well as last year during our run to a final four,” said Fullington.

Watch the signing below:

“It means a lot to be here with my teammates and family,” said Taylor. “My time at Sylacauga has meant a lot to me, but I’m excited to play at the next level.”

Taylor told SylacaugaNews.com Bevill State plans to play him at point guard, but the coaching staff liked his versatility.