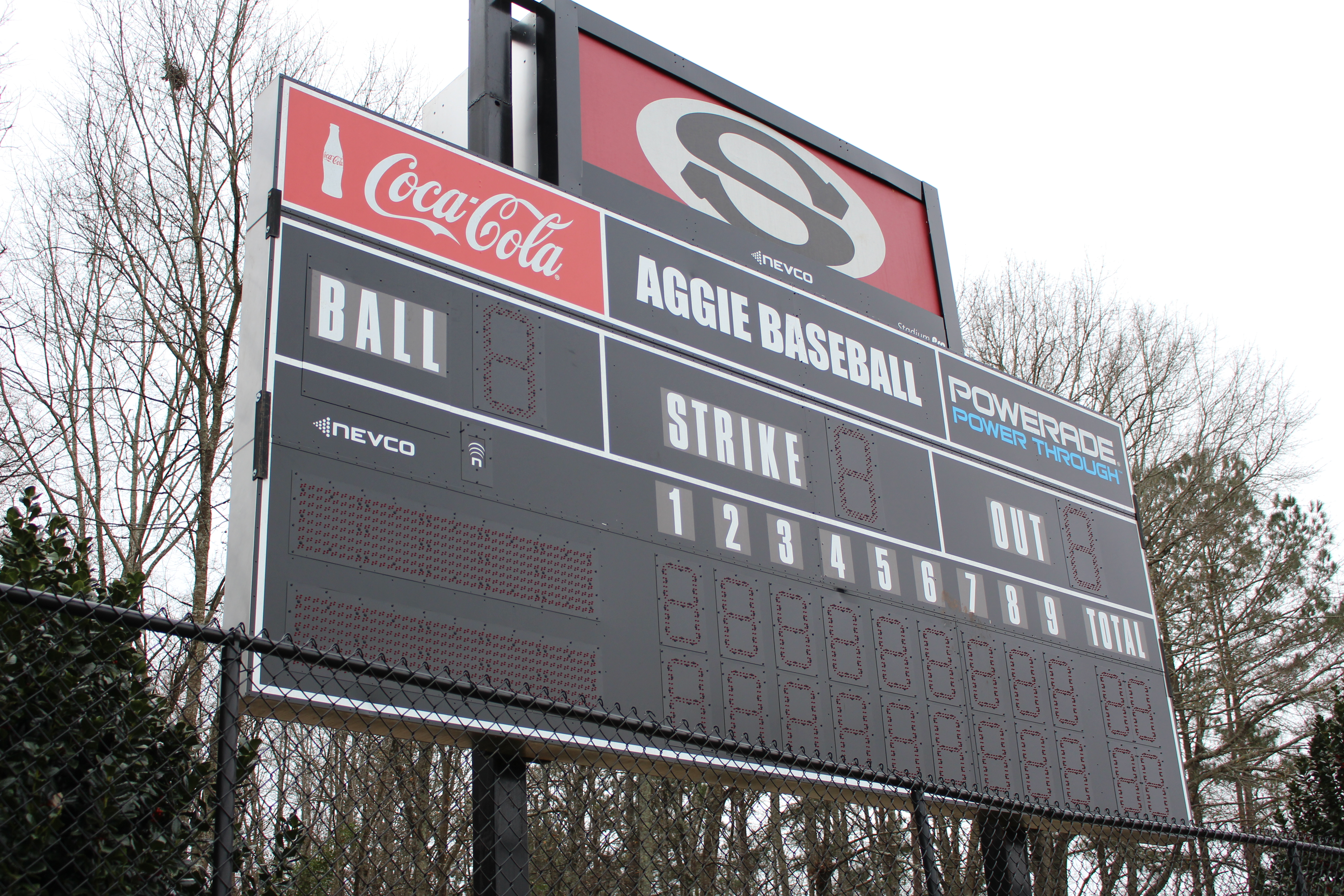 SYLACAUGA, Ala. – Indeed it has been a while since the world has seen live sports, but that does not stop us from reminiscing.

One year ago today, the Aggie baseball team put on the cardinal and white with the season, and a shot at the state semifinal, on the line vs. Bibb County High School.

Luke Vincent built momentum for the Aggies in the top of the 7th striking out a Choctaw with bases loaded and two outs. Vincent’s performance was a great appetizer for the Aggies’ half of the 7th.

With three outs left in the season, down by a single run, the inning’s lead-off batter, Jordan Ridgeway, reached base safely with a single up the middle. Payton Natali executed perfectly on a sacrifice bunt to move Ridgeway over with only one out. The next man up was the dangerous Zach Dew, which the Choctaws refused to give a chance and gave up an intentional walk.

With a chance to tie the game at 5 and two men on, Nick Mauldin knocked a shot down the third base line for a double, scoring Ridgeway, and moving Dew to third.

Andrew Schmidt, who was 0-3 on the day, was next. With one out, the junior had a chance to keep the Aggies season alive.

Schmidt capped off one of the most satisfying comebacks in Aggie baseball history with a walk-off single up the middle.

In a recent interview with The Aggie Sports Network, Coach Jeff Bell said the game is his favorite memory at Sylacauga High School. Listen to the interview here: