If I Didn't Love You
Jason Aldean & Carrie Underwood 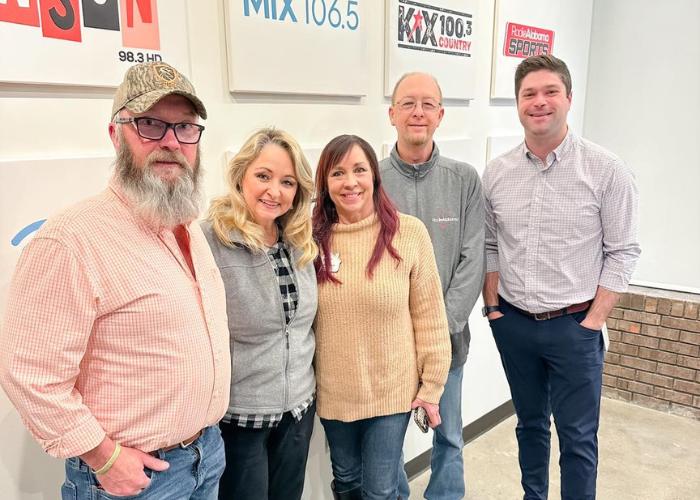 SYLACAUGA, Ala. – Bill and Rachel Embry were winners of the television show “Master Distillers” on the Discovery Channel a couple of weeks ago, and today they used the RadioAlabama avenue to announce something that will be a first for the Coosa Valley.

Rachel and Bill appeared on The MIX Morning Show with Michael Brannon along with McCurley in the Morning on KiX 100.3 Friday to make the announcement of a partnership with a local business in Sylacauga as well as bringing something to our community for the first time.

They were joined by Angela Wilson from Bourbon on Broadway to reveal that they will be opening the first legal distillery in this area.

It will be in conjunction with Bourbon on Broadway and will feature their now-famous brew Hot Apple Pie Mountain Brandy that was a winning combination on the show.

Bourbon on Broadway owner Kelly Prince said, “With Angela being the head mixer at our business combined with Bill and Rachel providing from the first legal distillery, you can only imagine success. We are very excited to bring this to Sylacauga for the first time.”

Show winners Rachel and Bill are equally excited and plan on spending a lot of time at Bourbon on Broadway to meet and greet people and have merchandise for sale as well.

You can watch the full interviews from both shows below.