I Wanna Dance With Somebody (Who Loves Me)
Whitney Houston 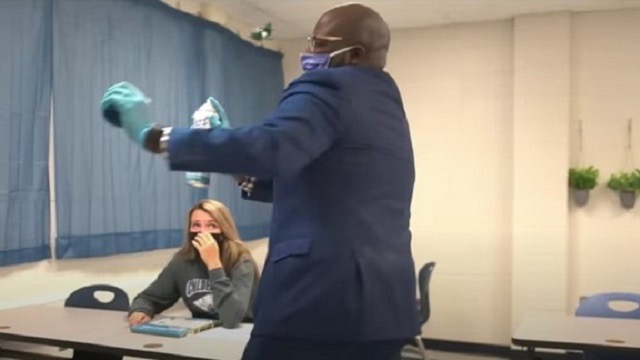 BIRMINGHAM, Ala. – A principal’s parody of an MC Hammer video emphasizing COVID-19 guidelines has captured the heart of America and much of the world over the past three weeks, garnering more than 5.8 million views so far.

After conducting almost 30 national and international interviews (and counting) in the past two weeks, Quentin Lee, the Childersburg High School principal behind the video, said the media attention is starting to settle down … a little.

But the creativity and passion and drive for excellence of the man behind the video is undiminished. You could say he’s too legit to quit.

“I think this is a win for educators all over,” Lee said of the video’s popularity. “We’re literally leading this country. And even though things might not go the way that we think they should go, we have an influence, and as long as we’re doing everything we can do for our kids, that influence is going to win at the end of the day.”

Up next: Lee said he wants to compete on “Dancing with the Stars,” and he’s got the moves to hold his own.

The video of a masked Lee armed with Lysol while dancing and reminding his students that they “Can’t Touch This” has inspired other educators to produce their own creative ways of hammering home the coronavirus guidelines of washing hands, wearing masks and social distancing.

“A bright spot has been to look at social media and see other schools are putting out videos to do kind of the same thing. It’s been cool to lead that initiative, not just for the county but for the nation,” he said. “I did see two ladies that were out of Albany, I think it was, they did an original rap with a dance. It was awesome. I feel challenged, so there will be a response.”

Another school produced “Mask Mask Baby” to the tune of Vanilla Ice’s 1990 hit “Ice Ice Baby.” But the others have yet to gain the same level of traction as Lee’s “Can’t Touch This.” Since posting the video, he’s done as many as seven interviews in one day.

“I’ve done two Australian interviews; I did an interview with a German news broadcast channel; a Japanese channel called, but they didn’t have enough time to translate the actual broadcast,” he said. “I’ve been on with Anderson Cooper, Lester Holt, Hoda from the ‘Today’ show, I did a ‘Global Hangout’ for NBC last week. It’s been mind-blowing to see people that I see on TV and just have a casual conversation with them.”

Lee has been able to juggle all the interviews, produce his weekly “Kicking It with Dr. Lee” online school updates, plus maintain his family and church responsibilities, all while preparing to return to an unprecedented school year with kids this Thursday.

“Not any of this is through my own might,” he said. “It’s all God – staying focused to what’s the goal and what’s the mission. My wife (Anita) has become my manager; she handles all of the bookings and all of the inquiries. She’s been my backbone through this, and I’m really thankful for her.”

Lee said those who know him can count on him not allowing the newfound fame to change who he is at his core, and that starts with his role as a family man. He had the two youngest of his three children join him on camera last week for an interview with HLN.

“Having my kids was really fun. They loved it,” he said. “I said ‘Hey guys, you guys might be in other videos, you gotta do this, you gotta do that, and of course they didn’t understand a lot of it, but they were able to see themselves on TV and they loved it. It was just really cool to be able to share that with them.”

Other things that warrant the “really cool” label, Lee said, include having his video retweeted by MC Hammer. “He said he loved it and gave me respect. That was definitely a moment I’ll always remember.”

“You can’t be national unless you’re local first,” he said. “This is home, so I definitely enjoy being able to talk to people who are around and understand the work we’ve done.”

“That was amazing because I really wanted a new suit to go back to school, but with finances, that wasn’t something I could do at this time,” he said. “They were able to meet a need they didn’t realize, so that was something I will definitely remember.”

Among the other perks: Reckitt Benckiser, the company that makes Lysol, donated four boxes of its cleaning and disinfectant products to the school; Varsity Brands gave Lee its “Go Be Great” award and will send floor markers with the Childersburg High School logo to promote social distancing; and White Castle selected Lee for its most recent “Crave the Good” spotlight. 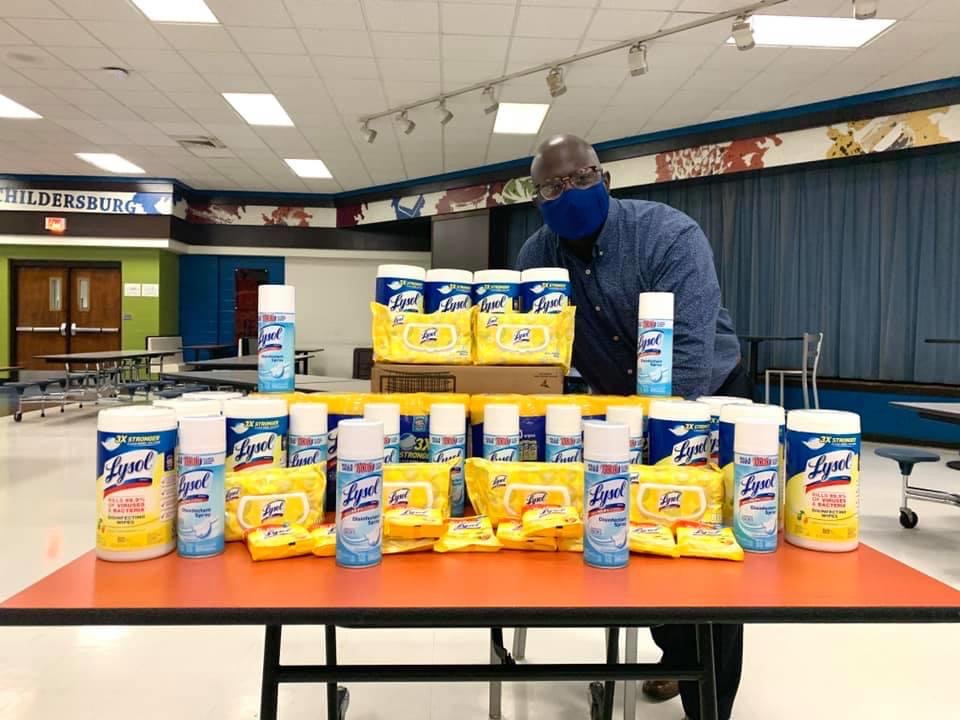 “It’s just amazing that people are seeing this and want to partner with us and sow into our school,” he said. “That’s just been really cool to share with the teachers and when the kids come back, I’ll get to share with them.”

Considering the toxic environment across the country, Lee said he believes the video resonates because people need healing.

“We all need an opportunity to just breathe and love,” he said. “It’s also nostalgic. MC Hammer transcended race barriers. We need things to remind us of the human side. There’s always a racial issue about everything, but this was one of those things that wasn’t. I receive fan mail now. It’s just been overwhelming the positivity that’s come out of this.”

In a Facebook live video posted on Aug. 5, Lee set out to update his followers on the success of the video and caught himself off guard when he became emotional while acknowledging his mother.

“My mom fought long and hard with colon cancer, stage 4,” he explained in an interview this week with Alabama NewsCenter. “After being given two death sentences, she lived nine years.”

Lee said his mother taught him and his five brothers how to love each other, to love others, how to speak to people and how to be kind to people.

“That’s what I try to instill in my students and what I try to live each and every day,” he said. “So, during that moment, I just know how proud my mom was of me and how she always encouraged me. These are things I wish I could share with her, but I know she’s looking down from heaven because this is what she taught us to do. It was just a moment to be thankful and reflect.”

Starting his 16th year as an educator, Lee looks at how far he’s come in his career and in life.

“A Black man with a doctorate degree, leading a school and everything that comes along with it – it just gets overwhelming to know that God loves me so much that he would allow me to experience this kind of success for just doing something that’s natural.”

One of the things that comes natural for Lee is dancing, and he said it would be “really fun” to be a contestant on “Dancing with the Stars.”

“I know they’re doing casting for it now, and if I could go on ‘Dancing with the Stars,’ that would be great,” he said, “just using this platform to promote the power of education and what educators are capable of doing.”

Lee hopes the takeaway for people in general, but especially educators, is to never second-guess what you’re doing, as long as your motives and intentions are pure.

“I definitely want to use this as a platform to inspire educators, parents and kids across the country,” he said. “We wanted to get a message out to keep our kids safe, and it turns out we were able to keep kids everywhere safe, and we were able to share some joy in the process.”

This story via Alabama NewsCenter