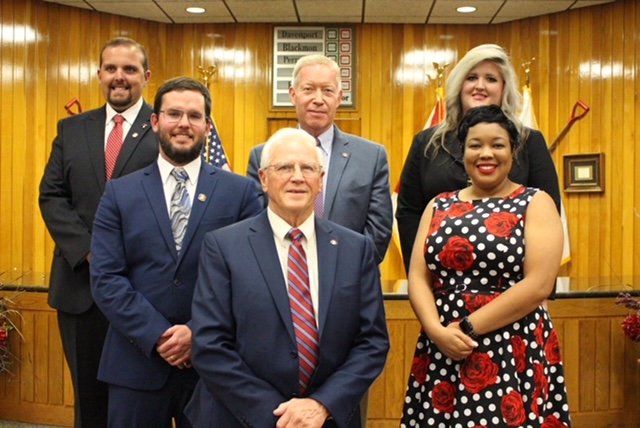 SYLACAUGA, Ala. – At the Sylacauga City Council meeting Tuesday night, Dec. 6, two girls’ teams and one boys’ squad were honored for their championship seasons.

Sylacauga Parks and Recreation director Steve Masters introduced the teams. The first recognition went to the under-12 girls’ soccer team that won the state title scoring 20 goals while only allowing two during the final tournament. 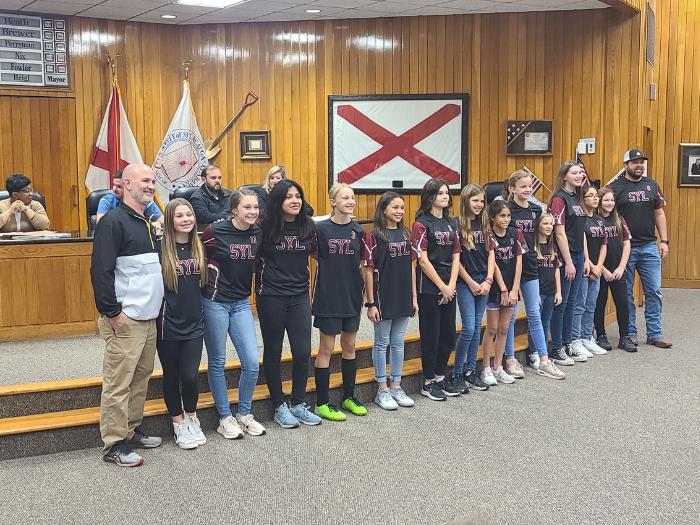 Next up were the boys’ under-10 football unit that defeated Fayetteville in the championship game to win the league. 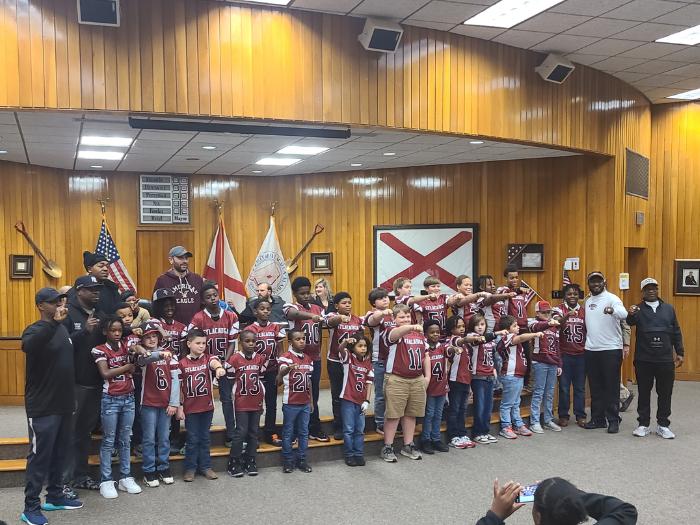 The final team recognized were the 7th-8th grade girls’ volleyball side that also won its state tournament. 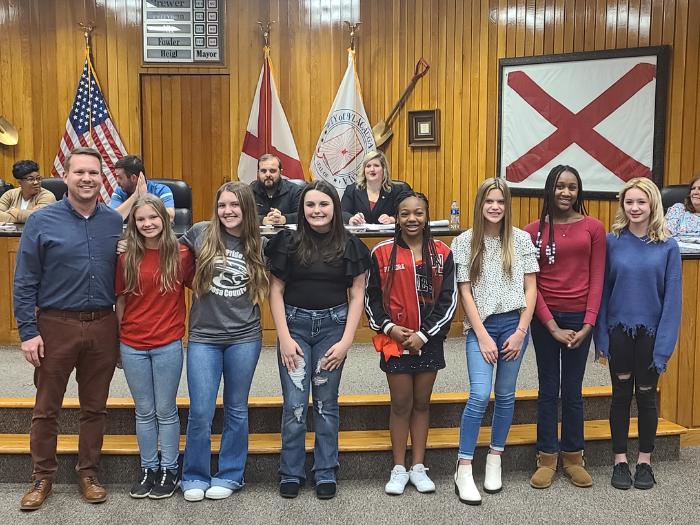 Congratulations to these young athletes for their success and hard work paying off!

Also, before other agenda items were tackled, Mayor Jim Heigl addressed those in attendance and expressed his gratitude towards the members of the Golden Generation that fought and gave their lives during the attack on Pearl Harbor with Wednesday being National Pearl Harbor Remembrance Day.

The agenda items began adopting an ordinance which authorizes the operation of a medical cannabis dispensary and integrated facilities within the city limits of Sylacauga. The council approved the ordinance.

Seven resolutions were approved in total Tuesday night, including expanding health and dental insurance benefits for city retirees effective at the start of next year.

Resolution 77-2022 was approved which accepts a recommendation from InSite Engineering to award the bid for the Hickory St. drainage project to Gillespie Construction at a base bid of $1,002,375, minus cost savings of $40,600, for a total contract amount of $961,775.00. This will be paid from American Rescue Funds.

Also approved was Resolution 78-2022 which authorizes the construction agreement for a Transportation Alternatives Program (TAP) project with the State of Alabama for Streetscape Improvements along Norton Ave. from 1st St. to 3rd St. and parking renovations on the E/S of Alabama 21 between 1st St. and 2nd St. Federal funding will be $800,000 with required city matching funds of $200,000.

Additionally, set for Jan. 19 of next year is a public hearing to consider a recommendation from the Planning Commission to amend Zoning Ordinance #2224A-20 relating to manufactured homes and off-street parking.

They approved Resolution 81-2022 awarding the bid for water damage repair at City Hall to M.J. Brooks and Son Construction, Inc. with the low base bid of $172,864, at the recommendation of Lathan Architects. Two alternate bids will also be considered: a new fire alarm system at the cost of $102,700 and new investigator offices at a price of $60,500.

The Sylacauga City Council authorized an amendment to the agreement with GovDeals to include financial settlement services.

The purchase of a Trane 14.0 SEER 2 Gas/Electric Duel Fuel Package Heat Pump from Culver Heating & Air at a cost of $9,400 for the Lake Howard caretaker’s house was also authorized. The funding will come from the Lake Howard Recreational Authority funds.

Approval was given for the 2023 City Council Meeting Schedule and the 2023 Holiday Schedule.

Council approval was afforded to police recruit Triston Olesen for travel and training expenses to attend the Basic Training Police Academy at the NE Alabama Law Enforcement Academy, Jan. 2 – April 6, 2023. Tuition of $500 (APOSTC will pay $500 upon successful graduation); $3,000 for food and lodging; $299 for ammunition. Total estimated expenses for Olesen are $4,299.

The council also approved travel expenses for PD Investigators Chris Vinson and Josh Morris to extradite prisoner from Florida. Travel dates unknown at this time. Estimated expenses of $50 per employee and inmate for meals and $100 for fuel reimbursement. Estimated meal expenses for the prisoner of up to $50.

A revision was made to the Memorandum of Understanding (MOU) with Blue Bell Creameries for the purchase of city property located on W 4th St.

The council adopted an ordinance to amend the Business License Ordinance #2206-18 to add NAICS code 4248 — Wholesale Beer and Wine Combined to the current business license schedule.

The next meeting of the Sylacauga City Council is scheduled for Tuesday, Dec. 20, at 6:00 p.m.