What A Fool Believes
Doobie Brothers 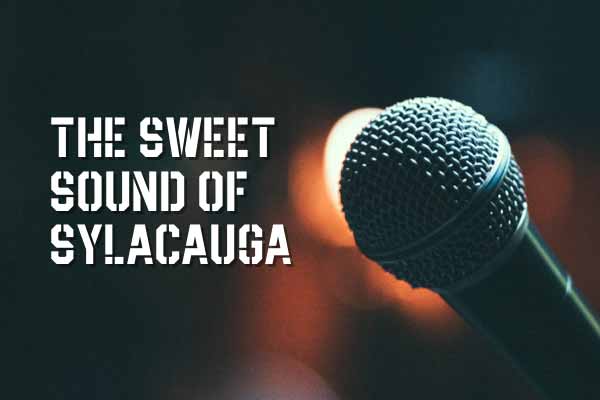 SYLACAUGA, Ala. – Hear that? It’s the sound of the growing music scene in Sylacauga. More and more people in the Sylacauga area have expressed interest in listening to live music. So, SylacaugaNews.com found who jams out and where they play in town.

Rocky Lucas is a guitarist and vocalist from Sylacauga. His act is strictly an acoustic gig, as he does not use any backtracks. While Lucas does a variety of genres, he considers himself a musician with a more country-heavy set.

“I try to play what everyone in the crowd will enjoy, and just play music that I like to listen to,” said Lucas.

He said he enjoys incorporating a lot of crowd interaction in his sets and likes to have fun. Lucas has been doing this for a while and only plays a couple times a month as a hobby. He will play at local places around town, but you can also book him for private parties or events. Lucas can be contacted for bookings by messaging him on Facebook or by e-mail.

David Simpkins is another musician who has been around for a while, but is newer to the local music scene. He was the band director for Sylacauga High School and is currently the Worship Director for First United Methodist Church in Sylacauga. He told SylacaugaNews.com he felt he could fill in the gap missing from the local music scene as someone who plays keyboard and has started doing so since earlier this year. He mostly plays classic rock with some country from the 70s, 80s, 90s, and current music as well. Simpkins provides a more laid back atmosphere where he plays, which can be more restaurant friendly. He typically plays three nights a week. He said this is just a hobby for most of the local artists, and more than that would possibly make it not fun anymore.

Simpkins can play for private parties, as well as at local restaurants who provide live music. Because of his background as a worship director, he can play for church events, as well, because he is familiar that genre of music. Simpkins can be contacted through his Facebook page, or by emailing him.

Tommy Brown is another local musician who plays frequently around Sylacauga. He is an electric and acoustic guitarist and vocalist. His music consists of country and classic rock. Brown is available for private events such as holiday parties, tailgate parties, or any occasion. To book Brown for an event, you can email or call (256) 861-0451.

All three musicians agree one one thing in common: they hope for more restaurants to book local bands.

“Licensing can be prohibitive,” said Simpkins. “Because it costs so much to pay licensing fees. If the restaurant does not bring in a big crowd to cover that fee, they won’t book bands to play there. I think that is something most of the community would enjoy is to have more opportunities to see local bands play in town.”

But when it comes to a small town, Sylacauga is cranking out great music each week — you just have to know where to look.

“I believe we have better music than a lot of bigger cities,” said Lucas. “We are fortunate to have the music scene and talent that we do.”