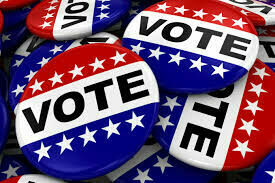 TALLADEGA COUNTY, Ala. – Talladega County recorded a voter turnout percentage under 20 percent at the primary election Tuesday which could be a cause for concern going forward.

The turnout percentage landed at 19.8 percent with 11,578 people making it to the polls out of the 58,387 registered voters.

This amount is down from the last primary election that included a gubernatorial race which occurred in 2018.

The downward trend should be considered more of an issue than the low overall turnout. Primary elections that aren’t presidential tend to see less interest with an average at around 25 percent.

About 5-10 percent can be added if it’s a primary election with a presidential race. Typically, the jump in turnout from a primary to a general election is roughly 30 percent.

As for the upcoming primary runoff election in June, it should be expected that there will be a noticeable decrease in turnout. The average is more difficult to calculate based on each runoff having a wide variety of office seats being contested.

On Tuesday, June 21, the following primary runoffs will be held: