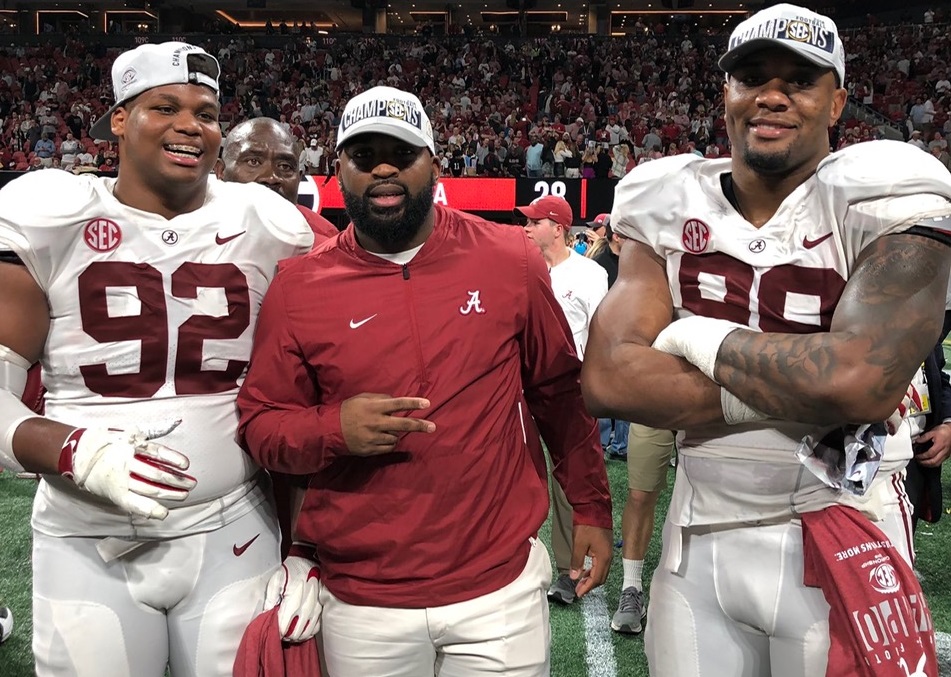 The Sylacauga native spent the last two years of his coaching career working as a graduate assistant under Alabama Head Coach Nick Saban, focusing on the Crimson Tide’s defensive line. He helped lead Alabama to consecutive national title match-ups and the 2017 national championship.

Pope tweeted his announcement over the weekend.

The last 2 years at The University of Alabama have been nothing short of amazing! I will always be beyond grateful for the opportunity to be able to work for arguably the best to ever do it and with some of the most amazing players and People #RTR #FLAMES #RiseWithUs pic.twitter.com/zDDZPLdjpj

Freeze also welcomed Pope to his staff via Twitter.

Pope has lived and breathed football since he was a child and continues to do so to this day. Pope was a star at Sylacauga High School and played multiple positions on defense for Sylacauga Head Coach Matt Griffith. “He’s always had a drive to succeed, both Kyle and his twin brother Kelsey [Pope], and he was a tremendous player for us here” Griffith explained. “The last two years Kyle has been able to work under [Nick] Saban, and with making those connections, I know he’s on the track to be an SEC coach.”

After graduating from SHS, Pope went on to play football for Jacksonville State University and graduated with a bachelor’s degree in exercise science and wellness with a concentration in human performance in 2015.

Liberty will be Pope’s fifth stop in his coaching career. Prior to coaching at Alabama, Pope coached at Holmes Community College, West Alabama and Presbyterian College. During his time at both Holmes and West Alabama, Pope was responsible for a number of different tasks on defense side of the ball, while also assisting with special teams at both stops. His duties included recruiting, breaking down opponents’ film and preparing practice plans, while working to develop his student-athletes.