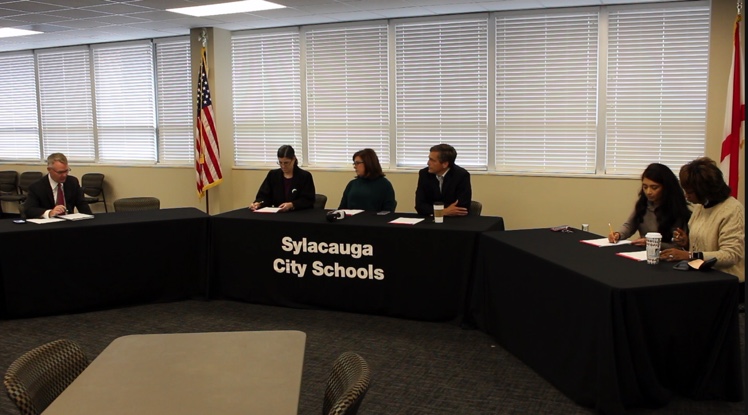 SYLACAUGA, Ala. – In a called board meeting on Tuesday morning, Sylacauga City Schools Superintendent Dr. Jon Segars recommended to the SCS Board of Education that athletic director and head football coach Matt Griffith be relieved of his athletic director responsibilities effective immediately.

“First of all, we make decisions as a board and as a school system in the best interest of children. This move is a change in leadership,” said Segars. “Coach Griffith has done a great job. We have a lot of respect for what he has done and the records he has. But most of all his care of students.”

Segars said the move “enables [the board] to address some problems.”

“We want to make sure we address those problems and that we fix those so that all students have the same opportunities in our athletic programs,” he said.

“We’ve got two great administrations,” said Segars. Barnett is a two-time former principal, and Hall is a former coach.

“Both of them bring leadership and understanding of the communities. They are from here. Both of these leaders know the kids. That’s what’s most important … they know what the students needs are,” he said.

Both recommendations were unanimously approved.