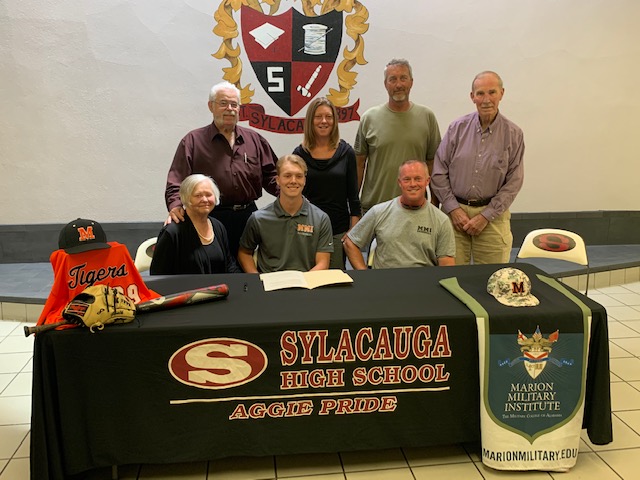 SYLACAUGA, Ala. – Sylacauga baseball’s leader on the diamond has made his college decision official.

On Thursday, Grant Walker signed his letter of intent to continue his playing days at Marion Military Institute.

Walker was a three-year starter for the varsity playing shortstop, second and pitching.

“He earned it,” said Sylacauga baseball coach Jeff Bell. “He worked his whole career with today in mind. He wanted to play college ball and he made it happen. He is one of those stories that went out and got it.”

Bell told The Aggie Sports Network that Walker took charge of the team when his junior season was canceled due to COVID-19.

“When the season was lost last year, kids had decisions to make to work on their own and get better, or get left behind. Grant never stopped putting in the work,” Bell explained. “He got even more serious about the weight room and a throwing program with college baseball in his mind.”

Sylacauga girls soccer wins on penalty kicks against Pike Road; will host John Carroll in second round of playoffs