I Want To Know What Love Is
Foreigner 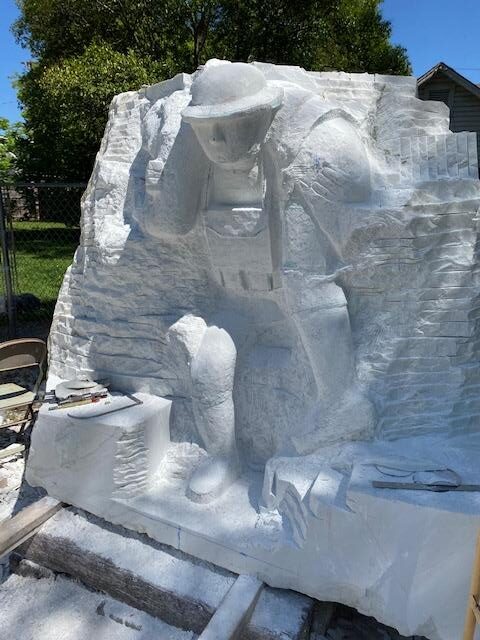 SYLACAUGA, Ala. – Sylacauga’s Craigger Browne is currently sculpting one of his biggest pieces to date. The project goes by multiple names, but one that stands out is “Valor Emerging.”

Browne says this piece is being made to commemorate the centennial anniversary of Mortimer Jordan High School, which is located in Kimberly, Alabama. Upon completion, the piece will be placed in front of the high school.

Browne has been sculpting pieces for a long time, and even spent multiple years in France and Italy while learning the ropes of sculpting.

“I have completed well over 1,000 sculptures in my lifetime,” said Browne.

This sculpture features Captain Mortimer Jordan carrying a fallen soldier out of the battlefield during the Battle of Champagne in World War I. Capt. Jordan left his safety to rescue a wounded enlisted man who was 150 yards away. During a later battle, Capt. Jordan lost his life while performing another selfless act for his men.

“There is no greater valor than to risk one’s well-being for the sake of another,” said Browne.

Browne hopes this piece will be completed by the end of June this year.