Into The Night
Benny Mardones

Get Me Some Of That
Thomas Rhett 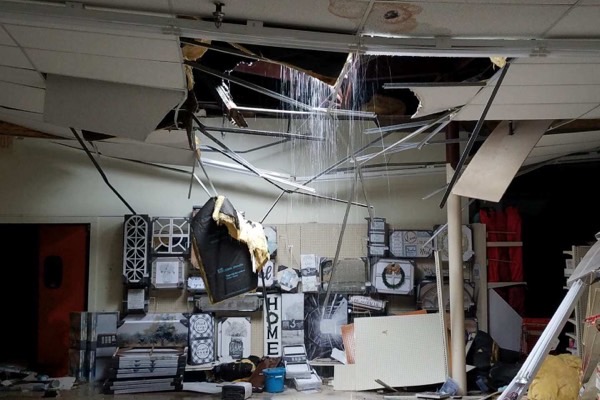 SYLACAUGA, Ala. – Owners of the Big Lots property in Sylacauga have been ordered to “cease and desist all work being done.”

Last month, a massive hole in the ceiling forced the store to close caused by severe weather. SylacaugaNews.com has not been able to confirm other extent of the damage caused to the property since that time.

On February 20, the City of Sylacauga deemed the site unsafe for occupancy and condemned the building. Since that time, according to the City, work has been occurred without knowledge of the City.

On Friday, it was discovered by city officials that 130 yards of concrete was poured at the site.

Below is the letter addressed to the property management:

Attached you will find a stop work order, no further work is to be undertaken on this property without proper approval by the City of Sylacauga. It is also demanded that any communication and documentation between any parties where structural repairs were discussed and decided be provided to us immediately in order for our engineer to review and determine stability of the repairs and the safety of the adjoining buildings and tenant spaces.

This stop work is being issued because it has been brought to our attention that drastic structural issues have been discovered since our initial site meeting on 2-20-2020 when the building was declared and posted unsafe for occupancy and we were not made aware of these new findings. This discovery is of grave concern to us as the AHJ and makes the letter from Mr. Cottle dated 2-22-2020 saying the building “is safe to enter for cleaning and recovery” moot and invalid; of even graver concern is that major structural repairs have been undertaken without our knowledge and that those decisions possibly affected adjoining tenants and /or the safety of the citizens of Sylacauga with only representatives of the owner and their financial interest making the decisions with no 3rd party oversite as our adopted codes clearly define.

SylacaugaNews.com is still learning more about this story and will update it as more information becomes available.