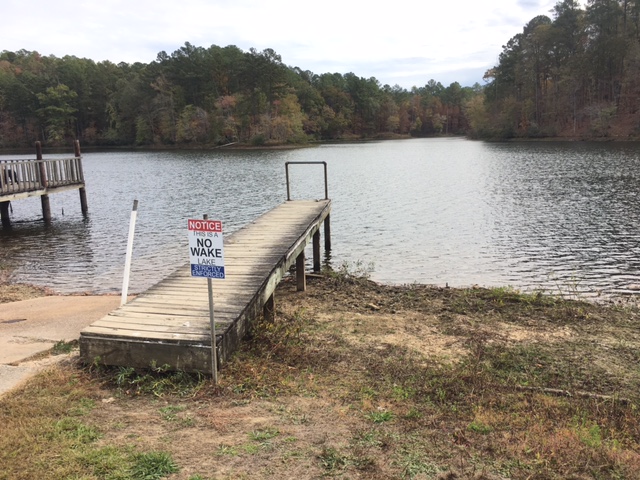 SYLACAUGA, Ala. – Recently, the Birmingham Water Works moved to Stage 4 of its severe drought management plan due to the severely dry conditions over the last few months. Birmingham Water Works customers will face tight restrictions, and surcharges up to 400 percent for using more than the allotted amount of water.

Luckily, for Sylacauga residents, water limitations and high surcharges are not a possibility at this time.

“At the moment there are no plans for that,” said Sylacauga Utilities Board (SUB) General Manager Mike Richard. “We don’t see any surcharges or limitations coming into effect any time soon.”

In fact, Richard told SylacaugaNews.com that a surcharge and limitations have never been issued by SUB. The closest it came was in December 2008. Days later, the rain came in, and the proposal was taken off the table.

Like Birmingham Water Works, SUB has a contingency plan for water conservation. Here is a breakdown of the water restrictions phase of the Emergency Water Conservation Plan:

— Customers will not be allowed to wash sidewalks, walkways, driveways, or parking areas, unless for public health and safety reasons.
— Customers cannot fill or maintain swimming pools or decorative fountains, unless the water is used in a recycling system.
— No establishment where food is served or sold will be able to serve water without a customer request.
— Customers cannot permit water to leak from any facility. If a customer fails to repair a leak in a timely fashion, they will subjected to disconnection.
— Lawns, gardens, or flower gardens cannot be watered until an adequate supply of water returns.
— Customers will not be allowed to wash cars, trucks, tractors, trailers, or any other vehicle until normal conditions are reinstated.

Lake Howard, the primary water source for Sylacauga in 2008, was down almost twice as much as the current 33 inches. The SUB restrictions were never used.

SUB Operations Director Mitch Miller said Lake Howard will be fine for 81 more days with no rain. He said there is plenty of water in Lake Virginia to refill Howard, which will buy SUB more time if the drought continues.

Today Lake Howard is almost a non-factor when it comes to water supply in Sylacauga. That is because Lake Howard has not been the primary water source for Sylacauga since 2010.

Although Sylacauga does not have a need for additional water at this point, Richard said SUB has been very proactive in searching for alternative water sources to Pine Grove Well, Lake Howard, and Lake Virginia.

“We plan on finding more wells and proving they are viable water sources,” said Richard. “Then we will cap them off for people in the future if they need the extra supply.”

In a meeting held Tuesday morning, Miller told SUB that he thought a new water source has been found. Multiple tests will have to be performed before it can be used as a source of potable water.

As for the drought coming to an end soon, there is no rain in sight in the next few days. SylacaugaNews.com weather forecasts the greatest chance of rain in the next 10 days is on Friday, Nov. 18, which is only a 20% chance of showers.

The SUB board stated October and November are usually very dry months. Members hope December will bring rain and end the drought, as it has in recent years.