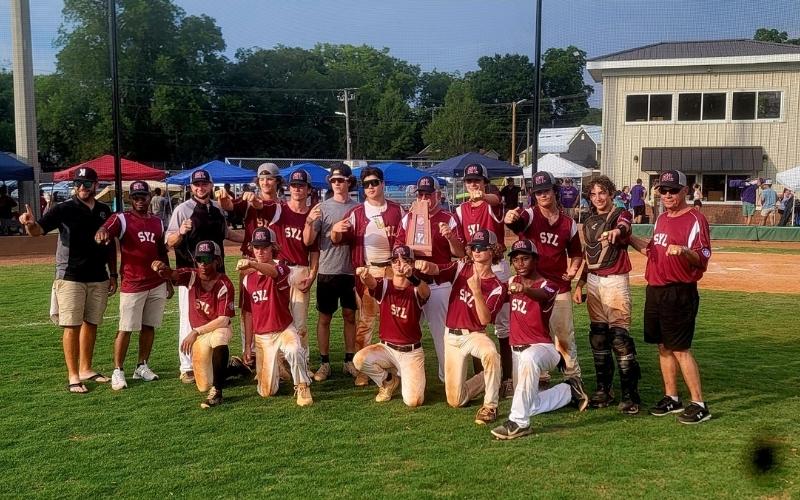 SYLACAUGA, Ala. – With the home crowd behind them at Walton Cruise Field, the Sylacauga under-15 Babe Ruth All-Stars won the state championship to advance to the regional tournament.

Now, the Sylacauga All-Stars will travel to Camden, Arkansas to play in the regional tourney scheduled for July 17-22. The team is asking for donations to help with travel and other expenses.

The under-9 Cal Ripken Sylacauga team also made it to the finals of their state championship but came up just short in their pursuit of the title.

“[Both] Cal Ripken and Babe Ruth are very competitive,” said Sylacauga Parks and Recreation athletic director Hunter Caine. “They are just very competitive. We have really good players come through our program so we are successful. Baseball is a good life learning sport and friendships are built on the field from age 4 to 15 in rec ball.”

The U-15 team’s manager is Jesse Sharbutt, and he is joined by assistant coaches Raymond Thomas and Johnny Thomas.

If Sylacauga’s team is able to win the regional tournament, they will advance to the Babe Ruth World Series, a feat which the 2015 iteration of All-Stars managed to achieve.