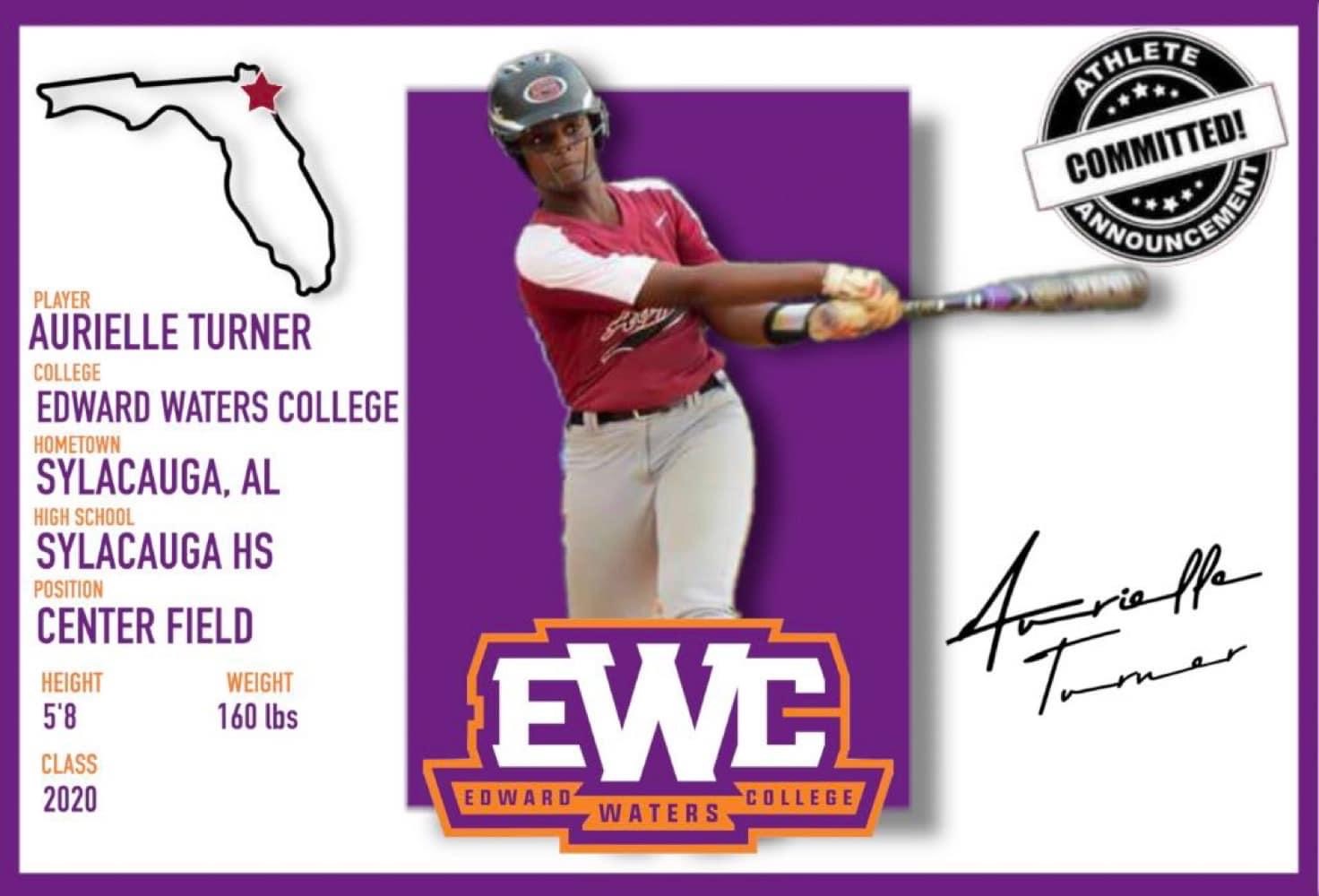 SYLACAUGA, ALA. – Although Aurielle Turner’s senior softball season was cut short, her playing days are not over.

The Lady Aggies’ center-fielder has committed to play college softball at Edward Waters College, a private college in Jacksonville, Florida.

“This is a dream come true,” said Turner, who has played softball since she was a 9-year-old. “It’s a blessing to play at the next level against very good competition.”

Sylacauga softball coach Chad Wilkinson is excited for Turner. “She has worked hard towards softball, and playing softball at the next level has always been a dream of hers, and now she gets to do that. I’m super proud of here, and she is going to be a great asset to that team. Academically, she’s a great student, and she’ll do well.”

Edward Waters College is roughly 400 miles and six hours away from home, but Turner is looking forward to taking on the challenge. “I have family that lives there, so I’ll be close to them, and the school is a really good fit for me. Not too big, but not too small,” she said.

Turner explained she is not sure of the position she will play, but expects to play somewhere in the outfield when the season rolls around.

Turner was a multi-sport athlete at Sylacauga, playing volleyball, basketball and softball. She plans to major in nursing while in college.