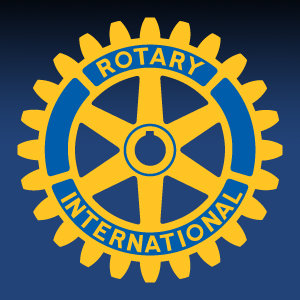 SYLACAUGA, Ala. – The Rotary Club is a civic organization across the United States crucial to the success of many communities throughout the nation. For Sylacauga, the last eighty years have been monumental to the Rotary Club in town.

Rotarians develop community service projects which address many of today’s most critical issues, such as children at risk of poverty and hunger, the environment, illiteracy, and violence. Rotary International was started when a man from Chicago named Paul Harris asked a few friends to get together and they decided to start helping their community.

The first project for the organization was constructing public toilets in Chicago. This step transformed Rotary into the world’s first Service Club. There are now 1.2 million clubs across the world. One of its biggest pending accomplishments is eradicating polio. It has recently teamed up with other organizations to complete this task such as the Bill Gates Foundation, as there are only a handful of countries which still have cases of polio. The Rotary motto is “Service Above Self.”

Currently, Rotary Club of Sylacauga’s biggest project is improving Central Park across from Blue Bell. It is developing a walking track and an entrance at the pavilion. The City of Sylacauga, as well as other donors, has partnered with Rotary to fund these improvements. This project will take years to complete and will feature benches and columns made out of Sylacauga marble with a wrought iron fence wrapping around the park. Recently, the new Central Park sign was erected. Rotarian Wayne Wood owns Southern Electrical Contractors and is the architect behind the project.

Some of the club’s successful fundraisers have been golf tournaments, selling meals, and Radio Week with RadioAlabama’s Yea!106.5. Radio Week was its biggest fundraiser and raised $10,000 in 2017. The money raised benefits the Boy’s Club and other charities in the community.

Every winter, Rotary supplies Christmas baskets. Members contribute money, break off into teams, get names of families in-need from SAFE, and shop for groceries and toys. These baskets are then hand-delivered to the families.

“It’s a special time to be able to share the Christmas spirit with these families,” said Randall Fields, President of Rotary. “The club also donates to B.B. Comer Memorial Library every year and helped found it when the community did not have a local library.”

Allen Mathis, a senior active member since 1976, said his favorite part of being in the Rotary Club has been the Christmas baskets each year for families in need. His grandfather was the president of Rotary International during its 50th anniversary. He took four principles he applied in his business to the Rotary Club, which is now the Four-Way Test recited at every club meeting throughout the country. These four principles are “Is it the truth? (Righteousness), Is it fair to all concerned? (Justice), Will it build goodwill and better friendships? (Love and Kindness), and Will it be beneficial to all concerned?” The club looks how it can have righteousness, justice, and love and kindness, and members apply those principles in their own businesses and in helping the community. Mathis is involved at the District level, and has spoken at several international conferences before.

President Elect, Bart Shaw is responsible for the guest speaker at each week’s meeting. Rotary recently featured Micah Harris, the Chick-fil-A owner/operator at the new Sylacauga location. Harris talked about the upcoming May 3 opening of his restaurant. Past speakers have included Governor Ivey, Sylacauga Head Football Coach Coach Matt Griffith, Sylacauga Police Chief Kelley Johnson and other leaders in Sylacauga. The programs feature speakers who can keep the club informed about the city and the needs of the community.

“Our favorite thing to do is the Christmas baskets, but that is only once a year,” said Fields. “We have to have something the rest of the year to keep members coming back, so our favorite part of it is the people you meet in the club and friendships you make. You get a little charge every week when we meet.”