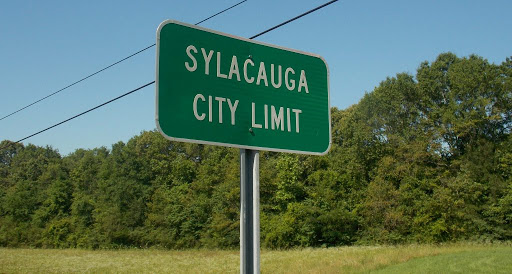 SYLACAUGA, Ala. – A severe thunderstorm that brought over four inches of rainfall heavily impacted the Sylacauga area Tuesday night, and the widespread flooding has left its mark on the community.

The storm began around 10:30 p.m. on Tuesday night and went into the wee hours of Wednesday morning. While initial reports stated that the rainfall measured at six and even up to seven inches, the official total seems to have settled at 4.54 inches.

Hail was included as a possibility in the severe weather with the chance of a max size reaching 1.25 inches in diameter.

The only part of the state to record a higher total was the neighboring area of Shelby near Lay Lake which reported 5.39 inches. All other parts of Alabama were believed to be under four inches.

According to Sylacauga Fire Chief Nate Osgood, the fire department responded to 15 calls all after midnight.

Five of those calls were to rescue civilians from sunken or stuck vehicles, and two calls were to help people out of flooded houses.

The vast majority of the flooding has receded and all roads and pathways are accessible. A few sinkholes opened up due to the storm but all were already known about by the city.

You can check out photos and videos of the flooding from around town by checking out SylacaugaNews.com’s Facebook page linked here.

Halloween-themed Movie Night in the Park, costume competition hosted by Sylacauga Parks and Rec on Oct. 21