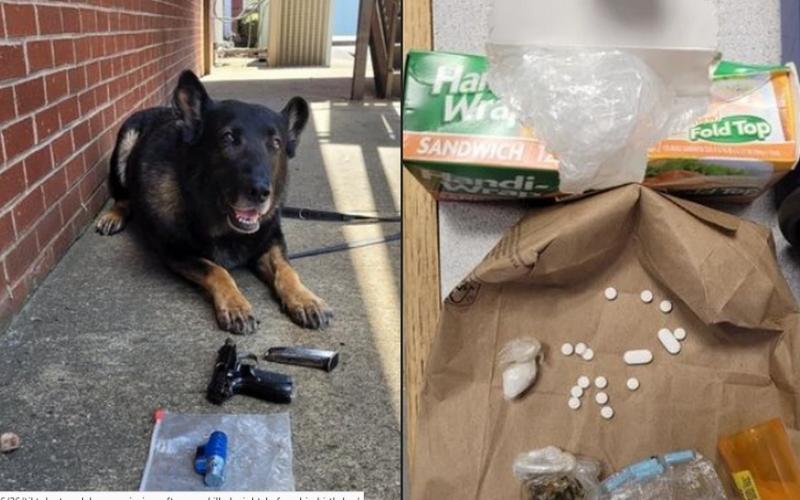 SYLACAUGA, Ala. – The Sylacauga Police Department (SPD) received a helping paw last week when K-9 Drago assisted in two separate incidents, and Drago along with his K-9 comrade Dickey were rewarded with a friendly visit with the Pinecrest Elementary Bridges program.

Last Tuesday, June 21, Drago helped the Talladega County Sheriff’s Office seize a gun from an individual prohibited from carrying a firearm as well as sniffing out a bevy of drugs.

The gun and the drugs were found in two routine traffic stops.

For his valiant efforts, Drago, accompanied by Dickey, got a chance to show off their skills at Pinecrest Elementary with the kids in the Bridges program.

Halloween-themed Movie Night in the Park, costume competition hosted by Sylacauga Parks and Rec on Oct. 21