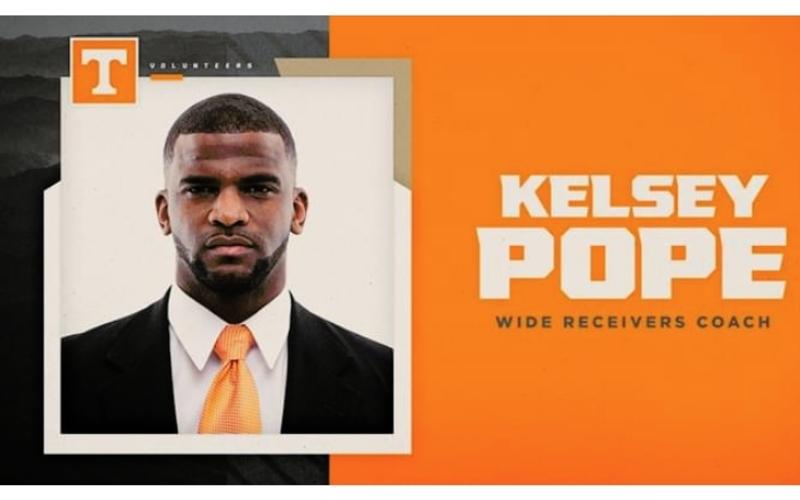 The change comes after Kodi Burns, the former Auburn quarterback-turned-wideout, left the position to go to the NFL and join the New Orleans Saints’ staff.

Pope came to Tennessee head coach Josh Heupel’s staff after spending a year at Gardner-Webb where he served as the passing game coordinator and wide receivers coach. Gardner-Webb didn’t play a down in 2020, however, due to the COVID-19 pandemic.

Before his time at Gardner-Webb, Pope coached at Tennessee Tech, Shorter, and Ohio Northern.

As a player, Pope enjoyed a successful career at Samford. He set the all-time record of career receptions for the program (250) and he still hold the single-game record for receptions when he caught 17 passes in a game against The Citadel in 2011.

Pope spent some time after his collegiate days in the NFL with the Arizona Cardinals after signing as an undrafted free agent before moving on the joining the coaching ranks.

His brother, Kyle Pope, is also a hot commodity in coaching. He is currently entering his third season as the defensive line coach at Memphis.

City of Sylacauga represented by Auburn majorette and cheer teams