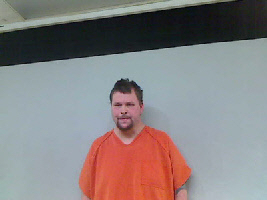 A Sylacauga man was arrested on Thursday for setting fire to a rental property at the 400 Block of Perimeter Rd. near Sylacauga.

Israel Fields, 43, was charged with arson in the second degree.

Fields apparently broke into the property, and then ignited the fire to cover what could have possibly been a burglary, according to Chief Deputy of Talladega County Sherrif’s Office Josh Tubbs.

“Investigators processed the scene after being notified of the residential fire,” said Tubbs. “After witnesses were interviewed, Fields developed as a suspect. After interviewing Mr. Fields, it was determined that he set the fire.”

In addition to the arson charge, Fields was initially arrested and charged for criminal mischief and harassment on that same day. Fields reportedly got into an altercation with a neighbor of the house and hit him in an attempt to flee the scene, according to Tubbs.

The house was unoccupied and investigators have yet to find a clear motive.

“He was not mad at anybody, and he had no provocation to do it,” said Tubbs. “He just did it.”