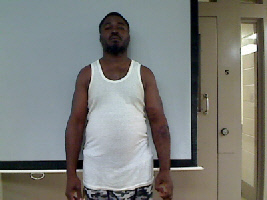 TALLADEGA, Ala. – A Sylacauga man has been arrested and charged with Murder.

According to Talladega County Jail records, Chistohper Lashawn Twyman,a resident of Tameika Lane in Sylacauga, was arrested on Monday by Talladega City Police.

Twyman, 42, is also charged with a parole violation.

Twyman is being held on $0 bond.

Whenever I Call You Friend
Kenny Loggins with Stevie Nicks