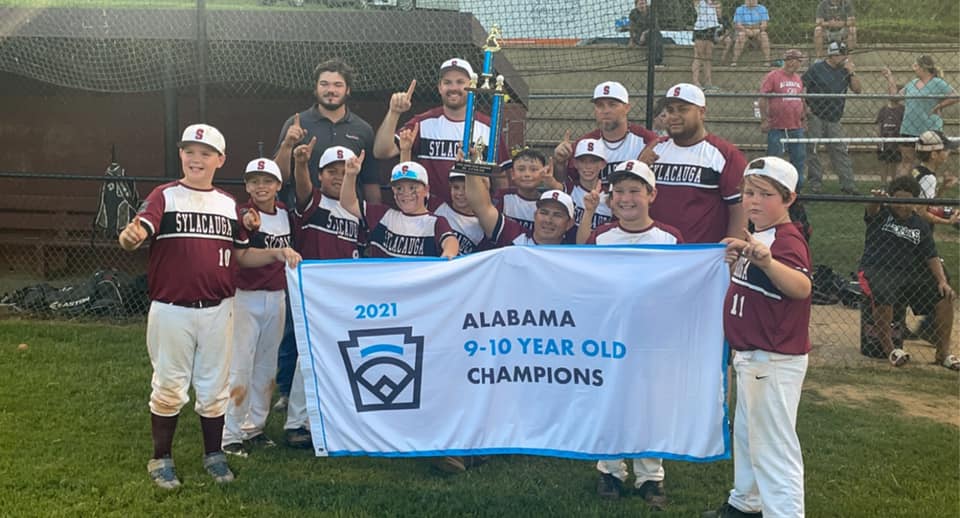 SYLACAUGA, Ala. – Sylacauga Little League Baseball has officially wrapped up its 2021 regular season, but that does not mean baseball season is over.

The 9-10u All-Stars made SLL history as the first group to win a State Championship in that age division.

“I am grateful that I’ve had the opportunity to watch the majority of the 9-10u boys grow from playing t-ball to now being State Champions,” said SLL President, Laura Heath.  “They are a great group of kids on and off the field.”

They will be recognized at the City of Sylacauga’s regularly scheduled City Council meeting on July.

“They have worked so hard to get here and are giving up their holiday weekend to compete,” said Heath.

Securing a state championship title would earn them a spot to compete at the Regional Tournament in Georgia.