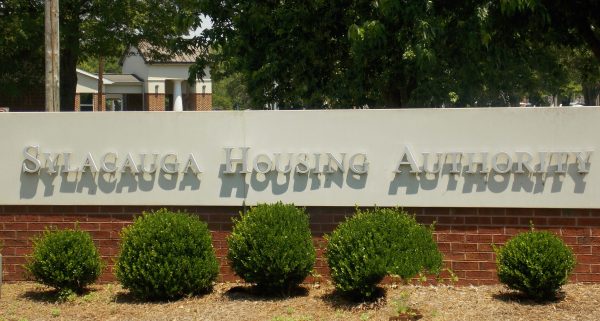 A planned 9:00 a.m. Town Hall meeting to discuss, according to its website, “lead encapsulation and exposure; healthy homes, and the Environmental Protection Agency (EPA) Lead Renovation, Repair, and Painting (RRP) program” was cancelled.

The Authority has engaged additional on-site security for the last two weeks, following cancellation of a facilities lease with Talladega Clay Randolph Childcare Corporation, operator of a Head Start daycare center in Drew Court since 1983.

Offices were ordered closed with security protection for the second Friday, inconveniencing tenants who approached locked doors hoping to pay August rent, while the Board held a special called meeting outside.

In terminating the TCRCC lease effective Oct. 16, lead-based paint concerns were cited yet cleared by later tests and deemed a non-issue by officials and the U.S. Department of Housing and Urban Development, according to Board representatives. The center’s closure would deprive 57 children, infants to age 4, and their parents and guardians of childcare options and have led to the dismissal of 14 employees, with the program’s slots potentially transferred out of Sylacauga.

The Board unanimously approved a resolution directing the Authority’s CEO to withdraw the notice of termination as early as Monday pending a lease review by the Authority’s attorney. Also approved were resolutions authorizing Board of Commissioners Chairman Patrick Lozito to form a committee to review contracts and financial relationships with third-parties, authorizing additional signatories on bank accounts, formally requesting Board access to documents, and authorizing access to facilities by Board members. Members of the Board, including the chairman, had been denied access to the Authority’s headquarters.

Established in 1941, the Sylacauga Housing Authority provides affordable housing and housing assistance programs for low-income families and currently manages 626 housing units. Its board members are appointed by the Mayor.

The Authority’s next regular monthly board meeting is scheduled for Friday, Aug. 16.