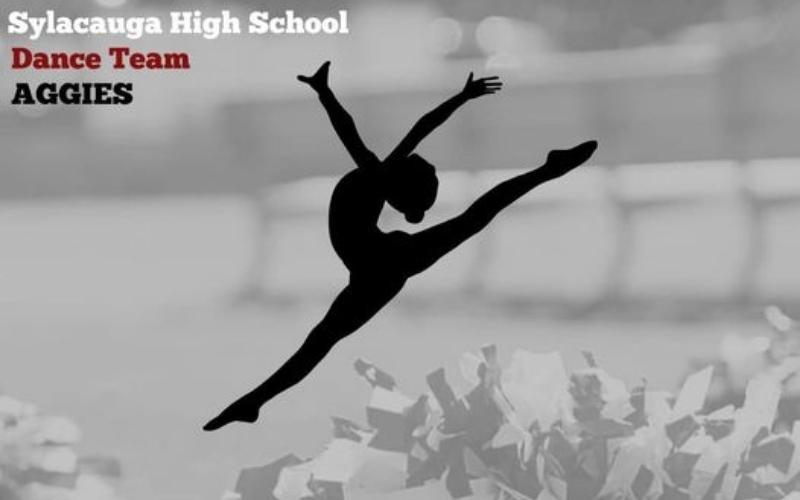 Sutton graduated from and now teaches at SHS and is also the owner of the Center Stage Dance Academy which opened last summer. She has an extensive background in dance and performing arts with accolades such as having been named Miss Sylacauga’s Outstanding Teen and also being accepted into the University of Alabama’s dance program.

Sutton wanted to come back and start a dance team at SHS because she knew “what it is like to have a passion for dance but no way to use that passion to represent my school.”

“I expressed my want for a dance team to Superintendent Dr. [Michele] Eller and Principal Matthew Hodge,” said Sutton, “and they never once hesitated to be on board to offer this opportunity to our students within the school system.”

Two clinic days were held earlier in the week on Feb. 9-10 where students that planned to tryout would “learn the required technique and skills that they will perform during tryouts” as well as a prepared routine of their own.

According to Sutton, the team will cover a variety of dance styles including hip-hop, pom, jazz, ballet, and lyrical.

Today, Feb. 11, tryouts were held. After evaluations are finalized, SHS’s first-ever competitive dance unit will be completed and the final roster will be posted through social media.

“I am very excited to not only provide the team the opportunity to show school spirit during pep rallies, football games, basketball games, and other community events but to use their skills on a competitive level,” Sutton said. “This is something that will open up many doors for the team and will allow them to grow on a level they never even imagined was possible.”

Competitive dance season dates and locations have yet to be announced.

City of Sylacauga accepting board applications until Feb. 15