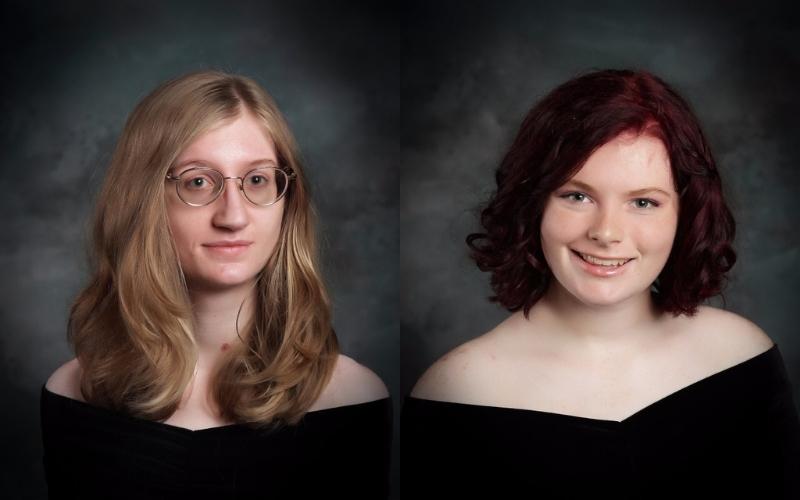 SYLACAUGA, Ala. – The top two highest-ranking academic achievers for the senior Class of 2022 at Sylacauga High School (SHS) have been recognized for their excellence in the classroom.

Savannah McCartney has been announced as SHS’s Valedictorian for 2022 while the title of Salutatorian was earned by Sydney Ezekiel.

McCartney will be attending the University of Alabama Birmingham (UAB) where she plans to major in biomedical engineering and minor in neuroengineering. She has received numerous scholarships, including UAB’s Merit Scholarship, the Sylacauga Pediatric Scholarship, and the Sylacauga Kiwanis-Key Club Scholarship.

While at SHS, McCartney was a member of National Honor Society, Mu Alpha Theta, and Key Club.

Savannah is the daughter of Gavin and Melissa McCartney. She has one brother, Reed.

SHS’s Salutatorian for 2022, Ezekiel will be attending the University of Alabama and intends to major in accounting. She was also a recipient of the Sylacauga Pediatrics Scholarship as well as the Harry and Margaret Brown Scholarship, the Foundations in Excellence Scholarship, and the Resolute Forest Products Scholarships.

Ezekiel was a member of the Sister for Sister mentoring program, Mu Alpha Theta, Interclub Council, and Future Business Leaders of America (FBLA). She was also the club president of the FOCUS program.

A member of the Lady Aggie soccer team, Ezekiel was honored for an excellent senior season by being named All-County Keeper of the Year. Furthermore, she has played club soccer for the Opelika Crush.

Sydney is the daughter of Scott and Sherold Ezekiel.