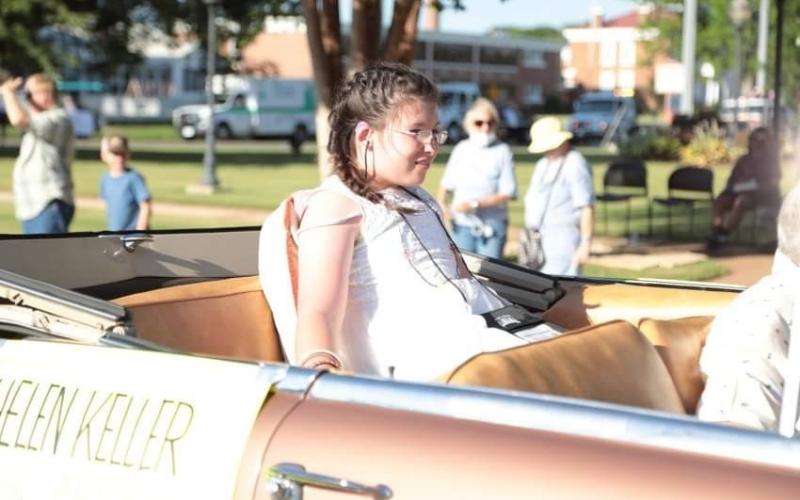 TUSCUMBIA, Ala. – At the 44th annual Helen Keller Festival in Tuscumbia, Sylacauga’s Jennifer Trotman led the opening ceremony parade. She earned the opportunity by winning the Patty T. Johnson Award at the Helen Keller Art Show earlier this year.

The Helen Keller Art Show has been held at the Wiregrass Museum of Art in Dothan for the last decade. Every year, the winner selected by the Helen Keller Festival Board is chosen to grand marshal the festival’s parade.

In late May, Trotman’s painting was selected as the best. 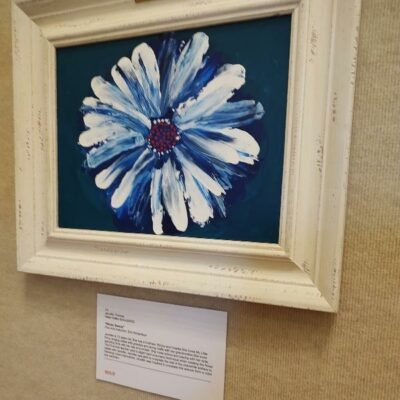 12-year old Jennifer Trotman is a Sylacauga native that attends the Helen Keller School of the Alabama Institute for the Deaf and Blind (AIDB). Trotman is diagnosed with low vision and hearing abilities, chromosome 22 dilution, and club feet. She’s been a student at AIDB for four years.

Trotman began painting two years ago and took quite a liking to it. When she grows up Jennifer wants to be a teacher, and her new interest in art has her seriously considering teaching art as a future profession.

As her reward for winning the Patty Johnson Award, Trotman was in the front car of the Helen Keller parade, but that’s not all she gained from her experience in Tuscumbia.

Jennifer got to see a live production of “The Miracle Worker” which showcases the life and struggles of Helen Keller and her teacher and mentor, Anne Sullivan.

It’s an experience that will stick with Trotman forever as she pursues her dreams of teaching children like herself and Keller just as the inspirational Sullivan did. She’s also left her mark on Tuscumbia as her painting will reside permanently at Helen Keller’s old home, Ivy Green.

Jennifer’s proud parents are Kevin Trotman and Carla Stone, and her grandparents are Jackie and Kathy Trotman along with Allen and Sandy Stone.