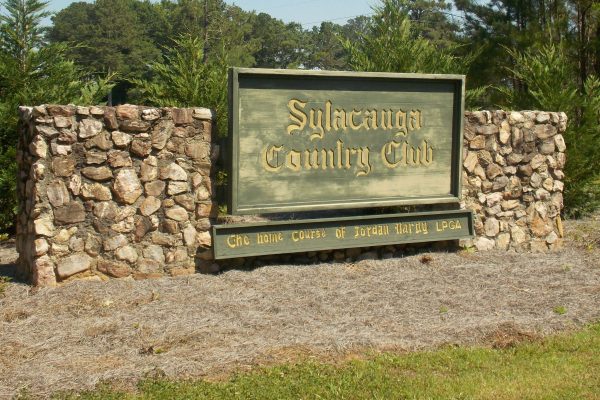 SYLACAUGA, Ala. – The Sylacauga Country Club may be changing its current business model, or else it may cease to exist.

In a letter to all members, Sylacauga Country Club President Sid McPeters wrote there will be a proposal to change its status from a club to private ownership.

The letter states the club is operating at 80 total members, a number too low to sustain the daily operation of the golf course.

The club has recently held a raffle fundraiser to raise money in order to pay its property taxes, but due to many factors including bad weather and lack of member income, the money was forced to go towards other expenses. “If it wasn’t for the generosity if one of our members to pay the property taxes out of his own pocket we would already be in foreclosure with the county,” McPeters letter explains.

A members-only meeting will be held June 28 to discuss selling the property to a member that has the ability to purchase the debt of the club. McPeters wrote, “he has as business plan to keep the golf course open as well as improve our facilities.”

The club’s by-laws state each member will be allowed to vote on the proposal before the process moves forward.

“This may be the last and only opportunity for us as members to determine the fate of this property ourselves instead of our bank headquartered in Anniston,” the letter states.

Read the full letter to members below. 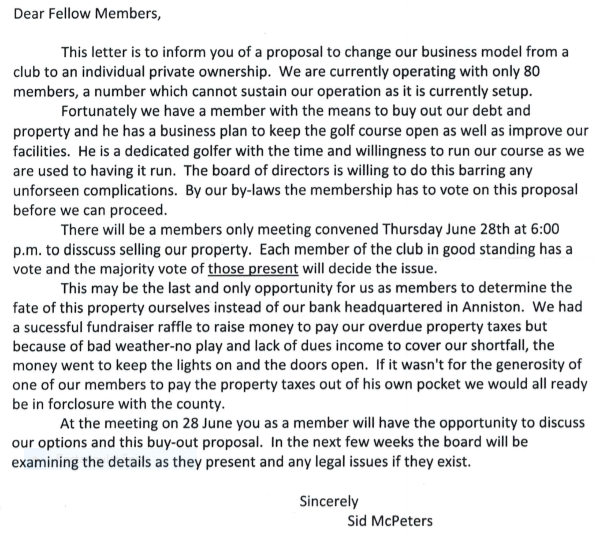