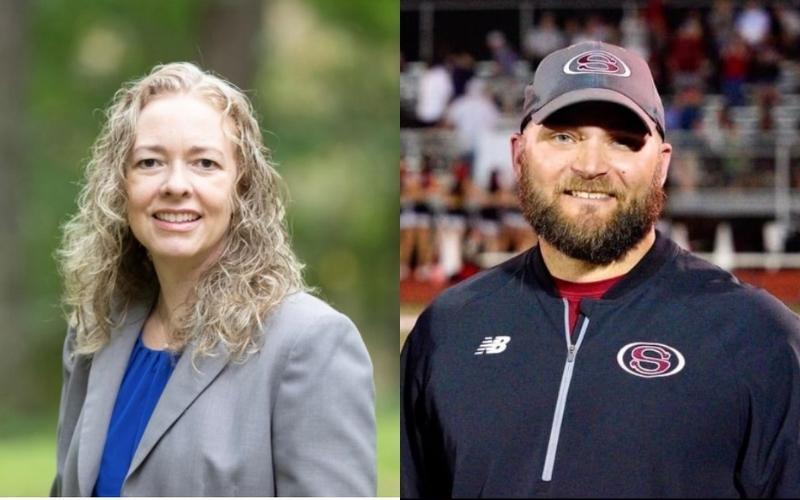 SYLACAUGA, Ala. – At yesterday’s called board meeting, the Sylacauga City Schools (SCS) system authorized the hiring of one new employee and promoted another from within into a new role.

Deana Goodwine was announced as the new director of workforce development for the system, and Anthony Jacks was promoted to assistant athletic director (AD).

Goodwine’s last position was as associate dean for technical programs at Jefferson State Community College. Prior to that, she was the technology and public relations coordinator for the Tarrant City Schools system as well as the career and technical administrator/principal at the Autauga County Technological Center.

She earned her bachelor’s degree from Faulkner University in business administration before receiving two master’s degrees; one in postsecondary education from Troy University and the other from Samford University in instructional leadership.

As assistant AD, Anthony Jacks will help new athletic director Chad Wilkinson as they manage all of the sports teams at Sylacauga High School (SHS) and Nichols-Lawson Middle School.

Jacks, a Sylacauga native, graduated from B.B. Comer High School in 2000. Jacks received his bachelor’s degree from the University of Alabama in business finance. He has been an educator for the last 15 years.

While teaching history, health, and physical education, Jacks has coached at SHS, B.B. Comer, Winterboro, and Pisgah. At Pisgah, Jacks guided the baseball team to the Class 3A, Area 15 title.

“We are very excited to have Deana Goodwine and Coach Jacks take on these new roles at Sylacauga City Schools,” said SCS superintendent Dr. Michele Eller. “To equip everyone for excellence means that we have to put the supports in place to provide opportunities for each person to make his and her mark in the world, whether that is through academics, athletics, arts, or community and professional involvement. I am excited about the leadership they will bring to strengthen the great work in place at Sylacauga City Schools.”