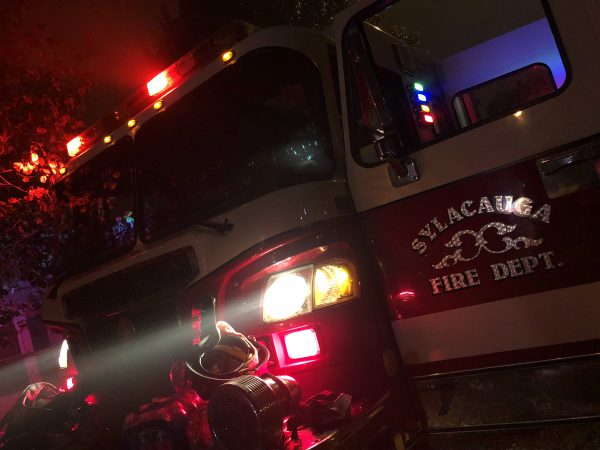 SYLACAUGA, Ala. – On Monday afternoon, the Sylacauga City Council interviewed three candidates for the Marble City’s next fire chief.

“The Civil Service Board tries to provide us with the best people possible to serve the public,” said Mayor Jim Heigl. Heigl said this is a process that many cities would like to have because it “takes the politics out of it.”

The Civil Service Board, which is appointed by the Governor, consists of three members. It interviewed and conducted testing before council interviews are held.

No outside candidates were involved in the interviews or testing. “That is the decision of the Civil Service Board,” said Heigl. “They set those priorities.”

The first candidate interviewed was Don Blair, a 20-year veteran of the Sylacauga Fire Department.

Blair told the council he never really wanted to be a firefighter until he started volunteering at his local department. “I went on a call and never went back to class,” said Blair explaining his immediate passion for the fire service. After completing medic school in 1994, he started fire college three weeks later. He now follows in the footsteps of his father who was a “career firefighter” with more than 40 years of service.

“I really think I have have the experience to lead,” said Blair citing he can bring high morale to the department and that mentorship should be “stronger.”

“We need to be proactive in our training instead of reactive,” said Blair. “I’m proud of then Sylacauga Fire Department…I’m working the only place I want to work.”

Like Blair, Nathan Osgood told the council he did not start out desiring to be a firefighter. When he was younger, he had a keen love for law enforcement.

“Leadership is something you spend a lifetime learning to do. It’s something you do better when you surround yourself with people who are just as good at it as you are,” said Osgood.

The youngest of the candidates, Osgood credited Gardner on helping turn the department around in a “miraculous” way over the last few years. “That’s where we need to pick up, where he left off,” said Osgood.

Osgood said there are several factors of concern including adequate staffing with Hwy. 280 expansion, proper training, and EMS services stating he would be in support of it if it was done the “correct way.”

As a kid, Jared Cunningham dreamed of becoming a firefighter growing up around the Centreville Volunteer Fire Department.

Cunningham said his “knowledge, experience, and dedication” including his 20 years with the Sylacauga Fire Department establishes him as the best candidate as the next fire chief. He has filled the role as interim fire chief and claims the department has grown comfortable with him over the years as a senior firefighter.

“Everyone knows we have things to do and if I give it to them, I expect it to be done,” said Cunningham.

Cunningham said there are several issues important to him he would address including the department incentive plan, recruiting firefighters and implementing an explorer program, and replacing and updating infrastructure including certain apparatus, vehicles, and more.

Cunningham said he would like to invest by “shopping local” by doing business with those in the community that could help the department and the public. He said based on his prior experience as a store manager handling million-dollar budgets, he is confident he can do the same with this department’s $1.9 million budget.

The council is expected to name the next fire chief during the next council meeting on Feb. 20.