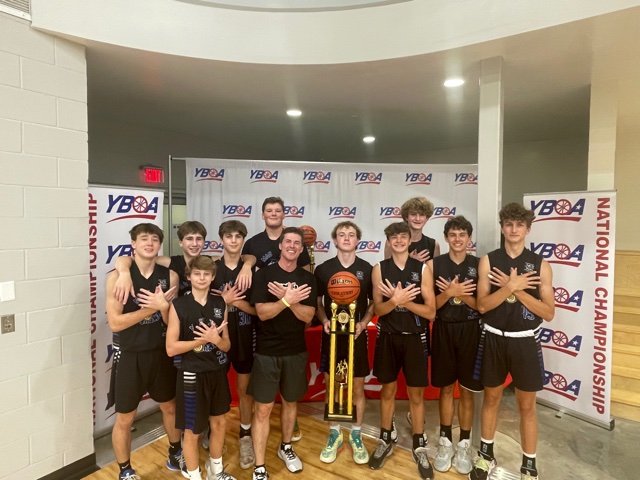 ORLANDO, Fla. – Sylacauga basketball coach Kent Fullington doesn’t just win in Sylacauga. In the off-season, he coaches the Magic City Jayhawks, a travel basketball team, based out of Birmingham.

On Thursday, Fullington’s 14U team took home the Youth Basketball of American national championship in Orlando, beating its opponent in the finals by a score of 73-48.

”This was a lot of fun, and I have a talented group of guys that wanted to win it all,” said Fullington. “They earned it.”

Fullington will soon be back on the hardwood at SHS in his third season in cardinal and white, ready to take the Aggies back to a Final Four.