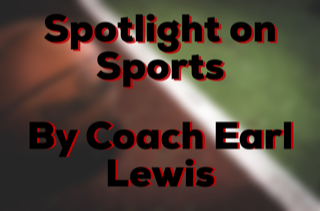 This Story via Coach Earl Lewis

A few weeks before the Christmas Season, the Auburn athletic family lost a true icon, a legend in Tiger football lore, Pat Sullivan.  Sullivan finally lost a long battle with cancer.  Most people who know me also know that I am a life-long Alabama fan, but I’ve never been an Auburn “hater” like many on both sides of the Alabama-Auburn rivalry are.  There are multiple reasons for that attitude.  I’ve had three good friends, Don Machen, Freddie Hyatt, and U.S. Congressman Bill Nichols, all of whom were outstanding players at Auburn.  Also, two long-time friends of mine, Jim Hilyer, an SHS graduate; and Buddy Nix, from Talladega; are former members of the Auburn coaching staff.  Among Auburn players that I have admired in spite of my allegiance to the Crimson Tide were Zeke Smith,  Red Phillips, Jerry Wilson, Tucker Fredrickson, Bo Jackson, and Jimmy Sidle (a Sylacauga Aggie when he was in the 9th and 10th grades).

Pat Sullivan was another Auburn man who I admired greatly.  I never knew him personally although I spoke to him a couple of times, and I was in the  room with him at several coaching clinics.  So, I admired him from long distance as he made All American and won the Heisman Trophy at Auburn and while he coached at TCU, UAB, Samford, and Auburn. Those who knew him best share the opinion that he always conducted himself with class wherever he was.

My first exposure to Sullivan came when as a high school junior in 1966, he led  John Carroll’s Cavaliers to a 32-13 win over a good Sylacauga Aggie team here at Legion Field.  I was covering Aggie football for local newspapers at that time just before I became a full-time member of the SHS coaching staff. What follows in the next few paragraphs are some quotes and some excerpts from my story about the ’66 Cavalier-Aggie game.

More words from the first paragraph of the story were, “Sullivan, a multi-talented junior quarterback, who has to be the best high school field general to step on Legion Stadium’s tradition-filled turf, whipped home 18 completions in 22 attempts for a staggering total of 274 yards and four touchdowns.”

The second paragraph contained a gross understatement – “Enough can’t be said about Sullivan.  His hands are Joe Namath quick; he scrambles like Fran Tarkington; picks defenses apart like Bart Starr, and leads his team like Pat Trammell.  Barring some major catastrophe, his name is destined to become just as famous as those four all-time greats.”

In the win over SHS, Sullivan threw TD passes of and 64, 16, and 28 yards to George Zanthous, and another of 34 yards to Richard Schmalz.

John Carroll’s other touchdown came on a 27 yard fullback draw by George Gustin.

Rivers ran for 71 yards and threw for 96 in the loss.  Carroll’s leading rusher was Gustin, the fullback, with 149 yards on 15 carries, mostly draw plays set up by Sullivan’s passes.  The 32 points by the Cavaliers was the highest score against the Aggies during the first 10 years of Coach Tom Calvin’s career at SHS.  The Cavaliers finished the season with an 8-1 record, while the Aggies went 7 and 3.

RECENT LOSSES FROM THE RANKS OF FORMER SHS AND BBC ATHLETES

It seems that we always have an inordinate number of deaths yearly in and around the Christmas Season. The past few months followed that pattern.  Several former Sylacauga and Comer athletes were among those lost.   We’ve said goodbye to three old Tigers and four ex-Aggies recently.

Jack Walker was Comer’s center and a team Co-Captain for Coach Coker Barton’s 1953 team that went 7-3.  He was a leader of a good Tiger squad that lost to Sylacauga 26-20 in the game that I still count as the best high school game in my memory.  Walker died at his home in Georgia shortly before Christmas.

Comer’s 1955 squad also finished with a 7-3 record, and Paul Glosson was a running back for what was probably the best Tiger team of that era.  Glosson was in the backfield with All State fullback Ted Price.  They both ran behind a line that included All State tackle Coot King. After high school, Glosson played several years of semi-pro ball for a team in South Alabama. He died in the late fall.  The other recently departed former Tiger was Bill Sanders, a big two-way lineman for coaches James Mason and Bobby Overton.  He is especially remembered for kicking a field goal to provide the winning margin in a 9-7 Comer win over Sylacauga in 1966.  He was buried on December 6.

Bill Haynes was a contemporary of Paul Sarvis, who also died recently and who last June was proclaimed to be the oldest living Aggie letterman.  Haynes also came along in the early 1940’s playing for Coach Zeke Kimbrough and Coach Pedro Black.  He was touted to be one of the best Aggie ends of that time period.  His son, Steve, was an Aggie lineman in the 1970’s, and his nephew, Ralph Moseley, was an All-State player for the 1954 Aggies.  Haynes died in Georgia after a long career in the textile industry.

Chris Houser was the youngest of the recently deceased ex-players.

He was an outstanding defensive back for Coach Don Flippo in the late 1980’s.  He still holds the SHS record for career interceptions with 16.

I knew all of these individuals, but the last two that I want to pay tribute to were both close personal friends and teammates of mine.

Robert Brooks and Arnold Cleghorn were both special gentlemen in all phases of their lives. Neither man ever used alcohol or tobacco.

Brooks and I first became friends when we both had paper routes delivering the BIRMINGHAM NEWS during our elementary and junior high school days. He was a two-year starter for Coach Bill Harris’ Aggie football teams that won 19 and lost one in the mid-1950’s. When he was a senior and I was a junior, I was his back-up at right guard.  He also was a starter in basketball and baseball.  After graduation from Jacksonville State, he coached at Haleyville, Sardis, Oneonta, and Fort Payne.  He was a head basketball and head baseball coach at various times and an assistant football coach.  He retired from Fort Payne High School in 1991. Rooster Grice, Buddy Simpkins, Ray McDiarmid, John Gann, and I, all former teammates, attended his funeral in Attalla on January 4.  He was very active in the Keener Baptist Church. Among those he leaves behind are his wife, Jan; sons Robin and Ritchie; brother Clarence; and two grandsons.  Ritchie is the baseball coach at Benjamin Russell. One of his grandsons referred to Brooks as the “nearest to perfect” of any human being he had ever known.

Arnold Cleghorn was known to his many friends as “Cleg” or “Jack”. He was a big, rugged, tackle for coaches Bill Harris and Tom Calvin.

We first knew one another in junior high school but became friends for life as Aggie teammates when he was a junior and I was a senior.  We played dozens of pick-up basketball games together as adults as well as playing together in church and independent leagues for years.  We also were a part of the “suicide” volleyball games at Memorial Park for many years.  A few of the other participants were Louis and Clyde Machen, Don Machen, Pete Rich, Tom Calvin, Charlie Moore, Dwight Williams, Joe Smith, Wayne Ham, Charlie Vawter, Jimmy Reynolds, and Nick Menzies.  These skirmishes disregarded all traditional volleyball rules, and quite a few men never showed up again after their first encounter.

After graduation, Arnold taught 7th grade at Pinecrest School for one year; worked at Avondale for several years; and was involved in a couple of other business ventures.  He then joined the Pursell family businesses and rose to be the Chief Operating Officer of Pursell Technologies.  He is given much credit for the rapid growth of the company.  His skills in planning and building were legendary and included many of the structures at Pursell Farms, and four of his own homes .  His family and mine traveled together, spent time at Lake Martin together, and raised our children together.  We even attended Alabama-Auburn football games together.  He and I were fellow Kiwanians and were both officers in the ‘S’ Club Alumni Association.

He died on December 21, 2019.  Survivors include his wife Sheila, his daughters Christy and Candace (Friday), his son Casey, and several grandchildren.  If you never got to know Arnold Cleghorn you missed a special person.  His success never changed him, and he remained a Sylacauga Aggie and an Auburn Tiger fan for a lifetime.

May all of  the gentlemen mentioned here rest in peace.