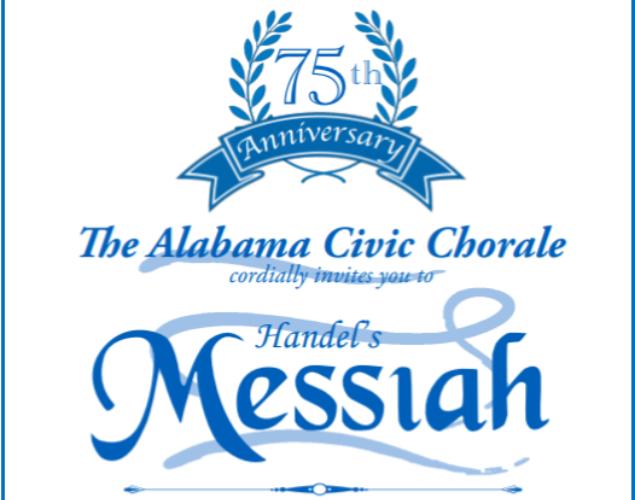 HOOVER, Ala. – Six singers native to Sylacauga will be participating with the Alabama Civic Chorale in the 75th annual performance of George Frideric Handel’s “Messiah” this Sunday, Nov. 20.

The performance will start at 3:00 p.m. at Riverchase United Methodist Church in Hoover.

The choir will be accompanied by members of the Alabama Symphony Orchestra and organist Walt Rogers.

The Alabama Civic Chorale (ACC) is thought to be the oldest choral group in the Southeast. The group was founded by Earl and Frances Clark. Their daughter, Bebe Clark Kok, is the current director.

Handel’s “Messiah” was composed in 1741 and first performed a year later in Dublin. The ACC’s yearly performance of the iconic piece is one of the longest-continuing in the United States.

The Sylacauga six performing with the group and their respective vocal parts are as follows:

Tammy Meacham and Jackie Potts also serve on the Alabama Civic Chorale board.

The performance will be free of charge. Also, to honor Handel’s generous spirit, the ACC encourages those attending to bring items for infants and young children such as toys, new clothes, books, diapers, and baby formula.

You can donate to the ACC by visiting www.alabamacivicchorale.com.

The Hoppers returning to Sylacauga for Christmas concert at B.B. Comer High School