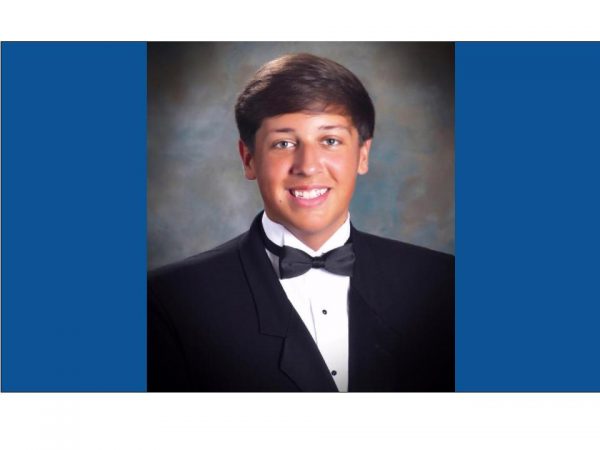 SYLACAUGA, Ala. – Sylacauga High School Senior, Levi Parker, has been selected as a 2017 Horatio Alger National Scholar. Out of more than 40,000 applicants, he is one of only 106 chosen across the United States and only one out of two in the state of Alabama for this prestigious scholarship.

Parker, the son of David and Angie Brasher, was selected as an Horatio Alger National Scholar due to his dedication to scholarship, service, and leadership all the while overcoming an adversity in his life.

In his high school, Parker is the captain of the Scholars Bowl Team and the president and founder of Sylacauga High School’s first Leo’s Club, the high school arm of the Lions Club. Also, Parker is the vice president of National Honor Society, the secretary for HOSA Future Health Professionals, the treasurer of the Student Council, an officer in FBLA, the producer of Aggie TV, and a senior class representative. In addition, Parker is also currently first in his class with a 4.37 weighted GPA.

About the Horatio Alger Association of Distinguished Americans:

Founded in 1947, the Horatio Alger Association of Distinguished Americans, Inc. is dedicated to the simple but powerful belief that hard work, honesty and determination can conquer all obstacles. The Association honors the achievements of outstanding leaders who have accomplished remarkable successes in spite of adversity by bestowing upon them the Horatio Alger Award and inducting them as lifetime Members. Horatio Alger Members support promising young people with the resources and confidence needed to overcome adversity in pursuit of their dreams through higher education. Through the generosity of its Members and friends, the Association awards more than $12 million annually in undergraduate and graduate need-based scholarships across the United States and Canada and provides college support and mentoring services to its Scholars. Since 1984, the Association has awarded more than $125 million in college scholarships to more than 25,000 deserving young people.

As a part of the scholarship, Parker will receive $25,000 to go towards his educational expenses at the college of his choice. In addition, he will receive an all-expense paid trip to Washington, D.C. this spring to attend the Horatio Alger National Scholars Conference.

At the conference, he will have the opportunity to meet with past and present Horatio Alger National Scholars and receive mentoring for his bright future. He will also be able to attend the Horatio Alger Awards during the course of his trip.

“This is more than just a scholarship to me. This is the opportunity of a lifetime,” said Parker, ”I’m not only getting money towards my educational funds, but I’m going to be receiving mentorship from the best in business and other national scholars.”

Parker plans on utilizing the $25,000 Horatio Alger scholarship at the University of Alabama at Birmingham this fall. This scholarship will be an addition to the $41,500 UAB Presidential Scholarship he has already received. Parker plans on majoring in Chemistry with a minor in Biology on the pre-medicine track.