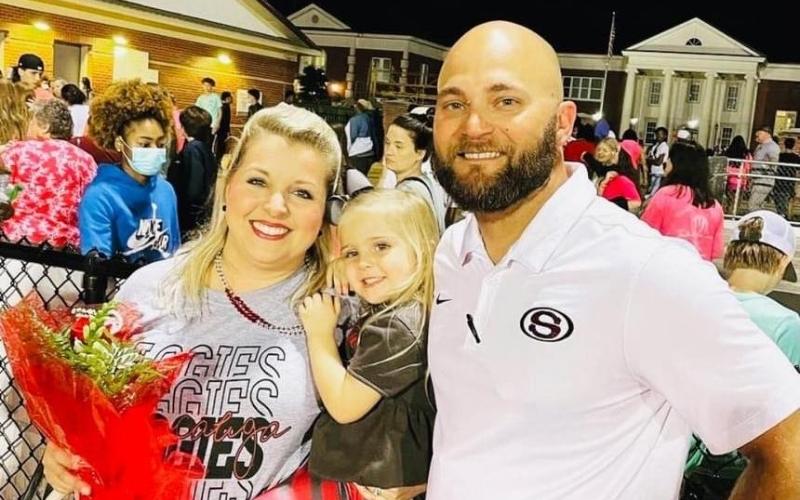 SYLACAUGA, Ala. – Alert Dude Perfect that a new challenger has appeared in the basketball trick shot world, and his name is Anthony Jacks.

Jacks is a long-serving teacher and coach at Sylacauga High School working in kinesiology. He is an assistant for boys basketball as well as the defensive coordinator for the football team. Jacks also works with the student athletes on strength and conditioning, but when Jacks gets a chance, he likes to show off his unique talent of making some crazy shots on the basketball court.

Friday he posted a series of videos to Facebook that displayed a wide variety of must-see makes.

“I’ve been doing them for several years during my spare time in the gym,” said Jacks. “I first saw some of the trick shots when the Harlem Wizards came to Fayetteville and played a game when I was in elementary school, specifically the backwards half court shot from the knees.”

His post also included a behind-the-backboard shot, a football hike from midcourt, and a three-quarter court length throw.

“Everyone always loves to see crazy shots so I just try and see what I can do,” Jacks remarked. “The creativity may be the hardest part.”

Sylacauga’s varsity and JV squads open the season Friday night on the road at Childersburg.

How to watch and listen to B.B. Comer in the playoffs Friday night

Tonight is the last chance to check out the Haunted Band Room at SHS!